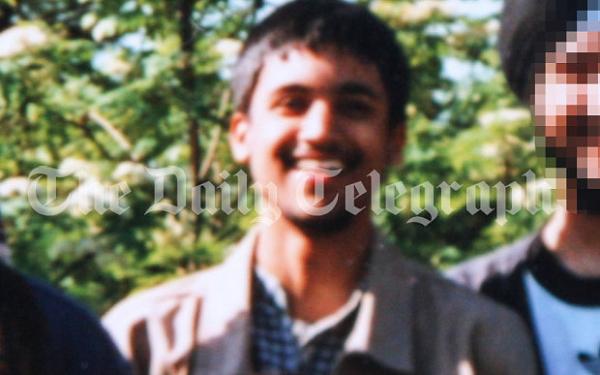 Now that the confusion and the initial smoke following the stunning CFTC/DOJ/FBI allegation that the entire Flash Crash was the result of just one high latency UK trader’s actions has cleared, several critical things have emerged.

First: Nav Sarao not a typical massively funded, connected and lobby-protected High Frequency Trader, such as Citadel or Virtu, using countless algos across numerous fragmented markets to frontrun size order blocks, but an old-school “point and click” prop trader. This is how he described his trading style in a response to the UK regulator:

I am an old school point and click prop trader. To this day I am still using the mouse to trade. That is how I trade, that is how I always have traded, admittedly very very fast because I have always been good with reflexes and doing things quick. My trading is for the most part very short term and for very small profits, a large proportion of my profits are 1 price movements, which in the eminiSP’s case would be a quarter of a tick. I have also take longer term positions In the past and my biggest day was actually made for the most part whilst I was sleeping!

I am a trader who changes his mind very very quickly, one second I am prepared to buy the limit of 2,000, the next second I may change my mind and get out. This is what is unique about my trading I trade very large but change my mind in a second. This is why MF Global had to speed up their systems for me, yes they have other hedge funds etc trading 2,000 lots, but they didn’t have anyone buying 2,000 and getting out seconds later and then going short a thousand ! All this traded volume was something that MF Global’s system was not prepared for and I remember at the start their system was too slow for me. And all this is done with the my hand and a mouse.

What makes me change my mind? Well it could be anything, a move in one of the other markets that I look at, a chart set up that I suddenly remember from my 11 years of trading, or simply the WAY I was filled made me doubt my position, or for the large part it is just my INTUITION.

And while nobody will ever accuse Sarao of being a fundamental trader, he worked on a time horizon that is infinitely longer than that of collocated algos: while HFTs deal in tiny oddlots on a constant basis (for fear of being actually hit or lifted thus never actually providing liquidity) Sarao held on to large lots of what in HFT terms is an eternity: seconds or longer.

My orders are 100% at risk, 100% of the time. If I want to trade 300 lots I clip 300 lots as one order, I do not trade 300 one lot trades (so that it counts as 300 orders) in order to fulfil the CME messaging policy like HFT’s have to do in order to make up for their 95% of orders which are neither genuine or possibly not even tradeable. Certainly not for a guy like me who is trading from the UK and whose system is miles too slow compared to these people due to the fact my orders have to travel further than everyone else’s who are trading In USA. No wonder they can manipulative (sic) on top of my orders without any risk, for even when I change my mind and decide to sell into my buy order, the manipulative orders on top of my initial buy order disappear in the 4 milliseconds It takes for my buy order to be cancelled and replaced with my sell order so that I do not trade with myself !!!!!

Second, as we first observed yesterday, the real reason Nav was picked as a scapegoat is because he threatened to expose the “mass manipulation of high frequency nerds.” This was validated last night when Bloomberg reported that “the sleuth who pieced together Navinder Singh Sarao’s pattern of spoofing isn’t an FBI agent or regulator. He’s an academic whose research has taken the view that high-frequency trading is good for markets.” Hence, Sarao is bad for the HFTs and should be “eliminated.”

Today, we find precisely how and why Sarao was singled out: he not only exposed out the parasitic trading strategies of the real culprits behind the broken market, the massive HFT firms (such as Virtu which went public 24 hours before the Sarao charges were filed) which gave the “regulators” no choice: one of them had to be put away for good, but found a way to capitalize on the algos’ stupidity, and actually make money by beating them at their own game.

As such, regulators and exchanges such as the CFTC and CME had no choice but arrest him and prevent him from trading ever again!

I don’t like the HFT arena and have complained to the exchange numerous times about their manipulative practices, please BAN IT, Another good rule change would be to increase the maximum clip size of the market from 2,000 to 5,000 lots. This would make people more wary of putting fake orders up and down the market depth because they would be more at risk of getting hit. I have asked the exchange a few times for this, and this was then proposed, but unfortunately rejected by the other people questioned !!!!

I have traded using a basic TT for numerous years. Due to the tact that there were some individuals In the emini SP who quite remarkably seemed to know WHERE 100% OF MY ORDERS WERE RESTING, even If they were over 90% partially filled !!! and hence made a concentrated effort to manipulate around those orders so they would not get filled, I decided to pay Edge Financial to build a program for me that would help disguise my orders more effectively. Initially 1 was told that the reason these individuals knew where all my orders were was because traded so big and was as such ‘the elephant in the room’. However, It is worth noting that further examination showed that their special manipulative activity occurred exactly the same if I did a 20 lot order or a 200 lot order.

In other words, precisely what we have claimed from day 1: HFTs do not provide any liquidity at all – they merely look for size orders and immediately seek to frontrun them, in the process actually soaking up market liquidity .

And while the world wonders how it is that Virtu can have 6 years of trading with just one trading day loss, Sarao not only figured out how to outmanipulate the manipulators, but how to profit from it.

Here is his explanation:

I asked Edge to design 3 more functions specifically to help try and hide my orders from these people. I do not know if this can be described as HFT, to me it is just giving me the ability to have some extra functions that my base trading software (TT) does not give me and it should be noted that I only use these functions intermittently and sometimes not at all. it is called Navtrader, but it could be called anything and I was the only one who helped design it, albeit my design ideas were 100% generated from what I had already seen other traders using already in the emini SP, Please note I believe I have only had this NavTrader since the beginning of 2013 at the very earliest.

I decided that the only way I could mask my orders, was to place them as the market changed price so that they may not be seen in the ‘chaos’ of a price change. So I would have my orders pending to be placed as the market went from bid to offer or offer to bid.

The 3 main functions are as follows:

JOIN : These are pending orders that will be joined anywhere requested along the order book and become active when the price changed. Remarkably, these orders were still subject to the insider trading I describe above, even when they are as small as a 50 lot!

SNAP : These are orders that are the same as JOIN but at the market best price so that they become traded almost immediately. I also have a function that lets you put in a minimum quantity so that the buy/sell SNAP order only becomes active when there is a minimum of that number of contracts on the offer/bid. This worked rather beautifully when the mass manipulator of the e-mini sp was doing his normal manipulative activity at price 1800,00 on Friday 24th January circa 12.23pm. The fake bids he had placed were being removed too quickly for me to hit If I had put a snap for 700 with 0 as minimum volume it would not have been filled because as soon the bid was more than 1 lot big the 700 would have been active. With my 699 then resting the normal forms of manipulation that occur on 100% of my orders EXCLUSIVELY would then have preceded to follow. So i put a 700 lot SNAP with a minimum volume of 6OO, et voila I got my full 70.

Here is Nanex’ Eric Hunsader showing precisely how he did it:

The Sarao vs #HFT spoofing battle captured on a Nanex chart: pic.twitter.com/rScgu6kuW2

ICE : The iceberg function on the CME isn’t adequate for me, I hardly ever use it because it puts me at the back of the queue all the time. Hence, 2,000 needs to trade to get me out of 800 lots for example, My iceberg function is placed at a price and as soon as it is bid/offered at the price the iceberg will take all contracts at the price up to and including the number of my order. Again, there is a minimum volume box, so for example 1 can put 50 into it and put a sell ICE of 1,000 and then at that price every time the bid is more than 50, the ICE wilt take all contracts out until 1,000 is traded. This is a good way of catching spoofers, and et voila I can trade 1.000 lots at one price (following on from the above example),

The other orders I sometimes place during the day are slightly away from the market price and move up and down as the market moves with It. This Is to catch any blips up/down in the market so that I can make a small profit as the market comes back into line (almost immediately). These orders are placed rarely and only when I believe the market Is excessively weak or strong. Again, this was inspired by other traders I could see doing the exact same thing.

I am a member of the CME.

Alas, not any more, for one simple reason: you showed the broken system that it can be beaten, and explained how.

As a result, the only response the broken system had was to put you away for good.

Oh and as for the actual question whether Nav Sarao caused the Flash Crash, the answer is: of course not.

This chart exonerates Sarao for causing the flash crash (did he contribute? MAYBE. Cause it? NO) pic.twitter.com/OPdLtgieSe