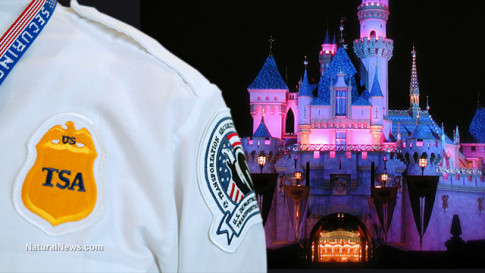 “They have plainclothes people at Seaworld and Disney doing the same behavior detection, looking for the same indicators we look for at the airport,” a source told The Intercept.

The TSA — which stands for Transportation Security Agency — is supposed to only be concerned with transportation security, not theme park security. Somehow, the TSA has convinced itself that Disneyland’s rides qualify as “transportation.” (After all, in the Small World ride, you’re in a boat, right?) So it has begun teaching Disney’s security employees how to identify so-called “suspicious behaviors” which include:

What this means is that, according to the TSA, Goofy is a terrorist because he exhibits both of these suspicious behaviors. 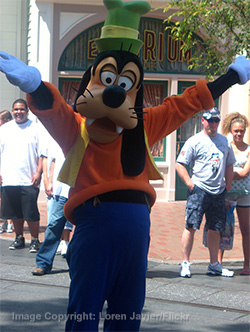 “Whistling” is also a suspicious behavior, which pretty much nails Snow White and the Seven Dwarves (whom I’ve always suspected of running some sort of “terror cell” anyway, so this doesn’t surprise me).

• Carrying an almanac
• Arriving late for your flight
• Carrying prepaid phone cards
• Gazing down
• Having eyes too wide open
• Clearing your throat too frequently
• Complaining about the TSA screening process (“Don’t touch my junk!”)
• Having a bobbing Adam’s apple

Fascinatingly, the TSA does not list “wearing a vest lined with explosives” as suspicious behavior. Nor does the federal agency think it’s suspicious to sexually molest travelers as this former TSA agent now admits happened every day at airports across America.

In any given crowd of Disneyland tourists being observed by the TSA, the TSA agent is the most likely criminal in the room!

When The Intercept attempted to get a comment on all this from Disney World, they hit a brick wall. “Disney World did not respond to requests for comment,” says their article.

But not responding to questions is also a “suspicious behavior,” according to the TSA. So Disney World’s refusal to respond to questions about why it is using the TSA’s Looney Tunes behavior profiling program to catch transportation terrorists inside the Magic Kingdom is, itself, an indicating that the Disney corporation might itself be run by terrorists.

Whatever the case, I’m pretty sure the TSA found time to engage in the sexual molestation of Disney characters. How do I know? Because someone told me the TSA was “f—–g Goofy!”