They say don’t let money printing get to your head, but for one now former central banker it is far too late. 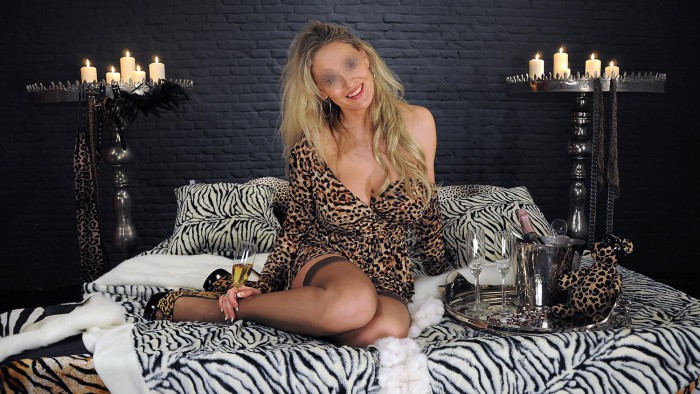 While her real name remains unknown (although having worked previously for both ABN-AMRO and ING Bank it is only a matter of time before her ex-colleagues identify her) her “professional name” is public: Conchita van der Waal, as is her motto: “the kinkier the better”. Her role at the Dutch Central Bank is also unknown but according to the Irish Times she had a “supervisory” role.

The central banker prostitute (which according to some is grammatically redundant) also “offered to engage in sexual role play, according to the Dutch-language business magazine, Quote, which said one of the roles in which she was photographed online was that of an SS commandant.”

And before anyone accuses this of being just another tabloid story, the central bank has indeed confirmed it received a tip-off about the employee’s double life, had investigated the circumstances, and that she had been fired at the end of last year because of “integrity issues”.

As the Irish Times also sarcastically points out, from a work point of view, there seems little doubt that Ms van der Waal contravened the central bank’s code of conduct, which forbids “indecent behavior” – and stipulates that no employee should act in a way which could harm the reputation of the bank or lead to negative publicity.

The bank said all candidates had to undergo strict screening when they applied for jobs. Of 5,469 prospective employees who had been screened since 2011, 614 had been rejected. The bank said those screening procedures were now being reviewed.

The good news for “Conchita” is that she does not face criminal charges: prostitution is legal in the Netherlands. However, sex workers are expected to register with their local chamber of commerce, have a VAT number, and pay income tax, none of which Ms van der Waal appears to have done – leaving herself open to possible legal action for back taxes, taxes which the local authority will be delighted to collect since she had set out her service charges on her website: starting at €450 an hour and including her rate for a “wonderful weekend.”

Naturally, once the story was leaked by Dutch Quote, all of “Conchita’s” pictures and the online ad vanished from the internet soon after her identity was exposed, but by then it was too late.

There is more bad news: she may also face difficulties because her “S&M studio” on the outskirts of Amsterdam appears to be in a building in which “immoral” behavior is specifically outlawed under the terms of the contract under which it was bought in 2012 – allegedly by Ms van der Waal’s husband.

Below is a screengrab of her proposal posted on her now defunct website: 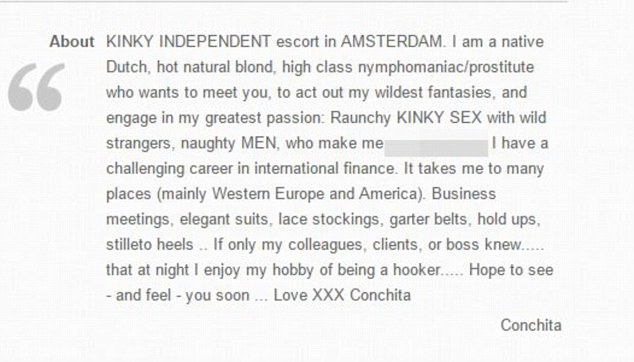 In retrospect few will be surprised by any of the above: after all for the past 8 years, central bankers have been fornicating with the general population on a far more massive scale than what Conchita did, and they didn’t even have to paid for it: they just printed the money.

In fact, some may say this particular central banking hooker acted with far more integrity than all of her colleagues: at least every sexual activity was consensual, not the forced and involuntary variety that her business suit-dressed peers perform on the broader population every single day.