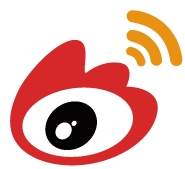 Complaints centered on the spreading of rumors, information related to violent terrorism, obscenity, pornography, fraud, or the propagating of heresy, the statement said. In China, heresy generally refers to religious groups that aren’t approved by Beijing, such as the Falun Gong.

The regulator’s officials asked Sina to rectify the situation and warned that if its efforts were deemed insufficient or if more problems arose in the process, it would seek severe punishment for the company, including the suspension of its online news services.

The statement said Sina’s representatives pledged to strengthen censorship and strictly offer its services in accordance with the law, while working to spread “positive energy” as it “conscientiously bears the social responsibility of Internet media.”

And as FT reminds us, blogging in China can be dangerous as you may end up at the center of a prostitution sting:

Sina has previously run into trouble with its Twitter-like Sina Weibo service, which it listed on Nasdaq in the US last year.

Several high-profile Weibo bloggers boasting millions of followers each have had their accounts shut down or have been warned not to post anything that might show the ruling Communist party or its leaders in a bad light.

One famous blogger was arrested for visiting prostitutes in a widely publicised sting operation that was cited by officials as a warning to other bloggers to restrain their online comments.

Since coming to power in late 2012, Chinese President Xi Jinping has overseen a strict tightening of control over the media and public discourse and a tough ideological campaign against the perceived dangers of “western ideas”.

So we guess the moral of the story here is that if Sina intends to keep its users out of prostitution stings, it will take the censorship up a notch in order to prevent possible heretics from using their “free” speech privileges to twist Beijing’s “facts” in a way that does not facilitate the spread of “positive energy.”