“Thus, Riyadh is trying to bomb one of the poorest Arab states into accepting an authoritarian regime of ousted Yemeni president Abd Rabbuh Mansur Hadi, a loyal vassal of Saudi Arabia and the US.“ 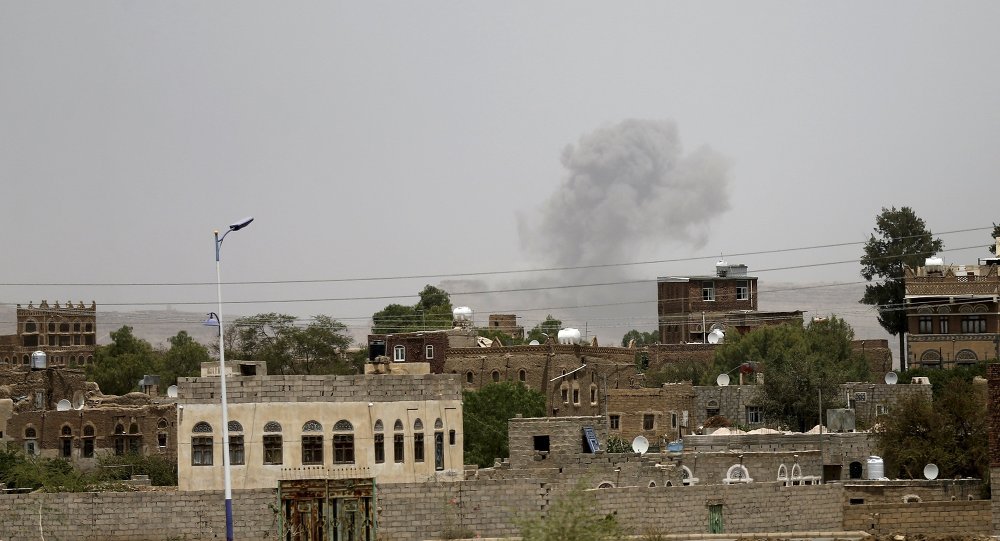 The US-backed House of Saud has long been playing different Yemeni governments, the Houthis, the Muslims Brotherhood, and al-Qaeda all against one another in a real life version of “Game of Thrones,” Mahdi Darius Nazemroaya noted.

While Yemen is currently being bombed into accepting the US-Saudi authoritarian order, one could hardly imagine that the House of Saud has previously worked with the Houthis, supporting the idea of Zaidi imamate and exploiting the sectarian group as a counterbalance against the Muslim Brotherhood’s influence in Yemen, Mahdi Darius Nazemroaya, an author and geopolitical analyst noted.

“The Kingdom’s engagement of the Houthi movement was part of the House of Saud’s hoary and trite dirty game inside Yemen. In this regard, the House of Saud has been playing different Yemeni governments, the Houthis, the Muslims Brotherhood, and al-Qaeda all against one another in a Saudi real life version of George R.R. Martin’s best-selling book series Game of Thrones,” the analyst emphasized.

During the Cold War the House of Saud together with the United States, the United Kingdom and Israel supported North Yemen and a Zaidi group (also known as the Houthis) against South Yemen’s republicans.

However, after the republicans won the war Riyadh began funding Wahhabi sectarian schools in North Yemen in order to split the society.

Remarkably, after South Yemen gained independence from the UK in 1967, Britain, the US, Saudi Arabia and Israel began to support the Muslim Brotherhood movement as a tool in their fight against the communist-led People’s Democratic Republic of Yemen.In 1990 the country reunified, but Saudis continued to use the Muslim Brotherhood and its Al-Islah Islamist party in order to control the Yemeni government.

However, when the Arab Spring protests erupted in the Middle East and Yemeni President Ali Abdullah Saleh was ousted, the House of Saud shifted goalposts and decided to exploit the Houthis against the Muslim Brotherhood and Al-Islah, fearing the influential Islamist group would get the upper hand in Yemen.

The Saudi strategy to manipulate the Houthis against Al-Islah eventually resulted in the rise of the Houthi movement in Yemen, Mahdi Darius Nazemroaya elaborated. Why then has Saudi Arabia recently unleashed the deadly military campaign against its former allies?

“Despite the fact that the Houthis were willing to reassure the Kingdom for months and approached the House of Saud to sue for peace days before the war, the Kingdom wants total obedience from the Houthi movement,” the analyst stressed, adding that neither the Houthis, nor the Yemeni General People’s Congress can accept this.

The ultimate goal of the House of Saud is suzerainty over Yemen. So far, the US-backed House of Saud opted to bomb the Yemeni state into submission, the analyst emphasized.The Saudi-led aggression has already claimed the lives of nearly 1,000 Yemenis, including women and children. Although Riyadh asserts it is attacking the positions of Houthi insurgents, in reality it is bombing residential areas and civilian infrastructure.

Thus, Riyadh is trying to bomb one of the poorest Arab states into accepting an authoritarian regime of ousted Yemeni president Abd Rabbuh Mansur Hadi, a loyal vassal of Saudi Arabia and the US.