“His death has been added to a growing list of prominent child justice campaigners who all died just ahead of a planned release of either, a documentary containing highly sensitive information, or a bid for new legislation to contain child trafficking and abuse.”[1]

Martin Burns was a courageous advocate journalist who campaigned mightily for the protection of vulnerable children, especially those caught within the system.  His brand of investigative journalism was known for its fearlessness and ferocity.  He left no stone unturned in his quest to know what was really happening to children who wound up in the custody of Child Protective Services. 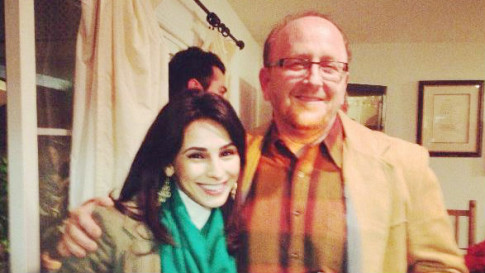 The quote above comes from The Washington Times (TWT) article written about the Martin Burns’ story that was published on Friday, October 18, 2013 under the title Fight against child abuse loses another prominent voice.  What is particularly suspicious is that every single post of this particular report on the internet has been scrubbed except the two versions that are found at State of the Nation.

The link below from the internet archive service known as Wayback Machine captured the front page of The Washington Times on October 18th, 2013.  It is clear that all references to the original article by Clare O’Toole under the subtitle Disrobing Blind Justice have likewise been removed from TWT home page.
https://web.archive.org/web/20131018011332/http://www.washingtontimes.com/

Therefore, the question remains: Why would The Washington Times take the extraordinary initiative to remove every reference to and post of their article that lauded a recognized champion of child abuse investigative reporting?

The issue of institutionalized child abuse has literally exploded in Los Angeles, California over the past few years.  The Orange County Child Protective Services (CPS) has come under fire for numerous and serious violations where children were dismally failed by the system.  Therefore, it was much appreciated by many that an MSM outlet like the TWT published stories which shed light on this very unfortunate and ongoing predicament.

What follows is the original TWT article published on 10/18/13 for the reader’s consideration.  There is no question that the content of this article is rarely found on any Mainstream Media website.  It contains information that is highly revelatory about the underbelly of the “system”; in this particular case, the system of child protective services that routinely permits children to be victimized, kidnapped, sexually abused and illegally removed from the country.

Perhaps that is why the article was removed from The Washington Times website.  It contains naked truth about a clandestine operation that has been functioning throughout the USA with impunity for many decades.

Let’s face it, if the 1oth Earl of Sandwich can be called out for similar illicit and unseemly behavior, just who might be next in the pantheon of political heavyweights.  So many have been exposed lately in both the U.K. and the U.S. that it is now clear that this endemic problem is begging for unprecedented revelation. 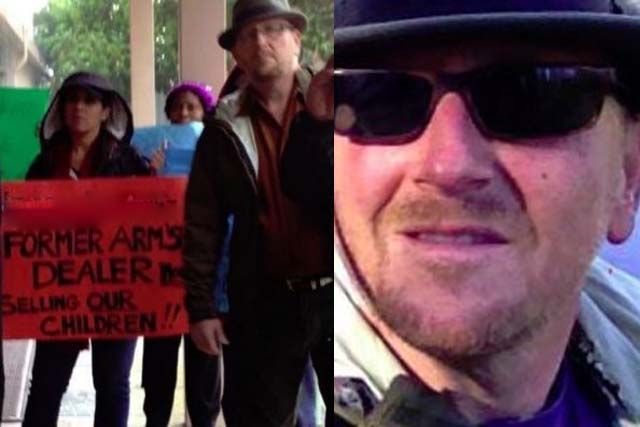 WASHINGTON, October 18, 2013 — The death in late summer of Fox News investigative reporter and producer Martin Burns, came as a heavy blow to the many child advocates and suffering parents who looked to Burns’ award winning TV segments “Lost in the System,” to champion their fight for justice for child victims of abuse and trafficking.

His death has been added to a growing list of prominent child justice campaigners who all died just ahead of a planned release of either, a documentary containing highly sensitive information, or a bid for new legislation to contain child trafficking and abuse.

Burns died on August 25 while out hiking in the Angeles National Forest. The official autopsy report has been deferred for toxicology results. Early media statements attributed cause of death to a fall caused by a possible heart attack.

At time of writing, the LA County Homicide Department deemed it unnecessary to investigate. Some parents and child advocates fear the police are unaware of links between Burns’ death and those of others who worked in a similar arena.

The LA County Coroner allegedly visited Burns’ house on the day his body was discovered and reportedly told an inquisitive neighbor Burns had probably suffered a “catastrophic accident” but had only minor abrasions on his body from a fall.

According to a spokesman from the coroner’s office, Burns’ body was recovered from a location 30’ east of the east edge of the Castle Canyon trail en route for Inspiration Point. Hikers familiar with the trail have commented they consider it unlikely Burns would have died from the fall alone and they suspect other factors were involved.

Although coming from a broad political spectrum, the three politicians were in agreement on child safety matters.

Schaefer was the most prominent investigator and supporter of issues affecting children’s rights but also expressed reservations about rights for gays and lesbians that drew criticism. Shortly before her death, Schaefer agreed to an interview with “infowars.com” conspiracy theorist, Alex Jones. Franklin was greatly derided for an extremist anti-abortion stance and for promoting legislation to criminalize miscarriages.

While some individual, extremist values stirred controversy, the sincerity of the three Georgia politicians’ fight to combat child abuse has not been questioned.

All three were involved in exposing corruption and calling for legislation to control Child Protective Services (CPS) and remove unnecessary threats to child safety. The research, undertaken primarily by Schaefer, into the shortcomings of CPS when handling matters related to child abuse is widely considered valid.

All died within a two year period. Franklin was said to have died from heart disease while Brown, according to the coroner, died from a self-inflicted gunshot wound to his head. Schaeffer died in an alleged murder/suicide incident said to have been perpetrated by her husband on March 26 2010. Many who knew the couple believe this highly unlikely and suggest an outside party was involved.

The deaths have been variously interpreted and details disputed. There have been many calls for further investigation to establish irrefutable cause of death in each case.

A few days before Schaefer’s death, she announced the completion of a four-year documentary project she had personally funded to expose names and crimes against children. Following her death, the documentary failed to surface. Its whereabouts is still unknown.

Schaeffer was known to be friends with Bill Bowen, a former firefighter and federal law enforcement officer who released a 30 minute short documentary, “Innocence Destroyed.” Although a low-budget production, the film was greatly praised for overall professionalism and integrity toward subject matter. There was no question of political taint influencing Bowen’s judgment. Bowen told a very credible story about systemic failings behind the prevalence of child abuse and trafficking.

“Innocence Destroyed” was intended as a precursor to a more probing, feature-length film. Some online chatter identifies Bowen’s and Schaefer’s documentaries as the same project. Washington Times Communities has so far been unable to confirm this theory. It is possible the full documentary was never finished since Bowen was discovered dead on a golf course mid-September 2010, six months after Schaefer’s death, having allegedly gone there to meet someone interested in his work. He was found alone. Cause of death was said to have been a heart attack.

“While his death is untimely and because of his work, suspicious, it looks right now to be natural causes. I’m not saying that something would not have happened to him or that it wasn’t possible. I’m just saying life intervened and got there first.”

As with Bill Bowen, Martin Burns was known to tackle the difficult subjects described by his colleague and Fox news anchor Araksya Karapetyan as; “investigative pieces on prescription drug fraud, welfare fraud, child care scams, illegal birthing centers, just to name a few.” His interests lead him to investigate drug cartels and individuals said to engage in child trafficking. He investigated alleged corruption in CPS and Family Courts.

Friends close to Burns have said he was aware he was investigating some dangerous people but it was typical of his personality to show a degree of nonchalance toward possible risk from anyone who might wish to harm him.

Karapetyan described working with Burns as, “ incredibly fulfilling – it’s what being a journalist is all about- going out there, digging, researching, doing something for the community by uncovering abuses in the system and giving the voiceless a voice.”

Karapetyan’s praise was echoed by a chorus of Fox 11 News personnel, whose comments on a special tribute page set up to remember Martin Burns, clearly showed he was respected, loved and valued and considered an inspiration and stabilizing influence by his colleagues.

VP and News Director Kingsley Smith described Burns as; “having made a personal difference in my professional life every day.” He wrote that whenever Burns stopped by to share a story, the deep passion and dedication in his work was obvious.

The station has not responded to speculative inquiries about Burns’ death.

Tammi Stefano, Executive Director of the National Safe Child Coalition worked closely with Burns said, “Martin was one of the best investigative producers out there. He was covering issues too difficult for most to grasp, let alone cover, Children in danger by a flawed system, we were personal friends, I miss him every day.”

For those readers who would like more insight into this dire and festering problem in the child protective services arena, the following articles reveals some of the details of the case of Lexi Dillon.  Lexi’s CPS situation is representative of the typical child abuse case being mishandled in ways that are difficult to attribute to bureaucratic incompetence or institutional neglect.

In fact many of the child abuse cases that have gone completely awry have done so with premeditation.  Therefore, the real question is premeditated by whom?   Perhaps the time has finally arrived to ascertain exactly who or what is behind so many purposefully neglected and deliberately mismanaged CPS  child abuse cases.

The original WTW article was also republished by State of the Nation in its original form at the following link: http://stateofthenation2012.com/?p=13482