… not to mention that Roundup is turning even the best farmland into a desert within just a few years, aside from destroying your health.

“Genetic modification actually cuts the productivity of crops, an authoritative new study shows, undermining repeated claims that a switch to the controversial technology is needed to solve the growing world food crisis.

Last week the biggest study of its kind ever conducted – the International Assessment of Agricultural Science and Technology for Development – concluded that GM was not the answer to world hunger.

But aside from that, what could possibly go wrong?

Environmental Working Group released a new analysis Tuesday debunking the myth that genetically engineered crops (often called GMOs) will be crucial to “feeding the world” as the population soars. The report takes a hard look at recent research and concludes that so far, GE crops have done nothing to improve global food security – and there’s little reason to think that they will any time soon. 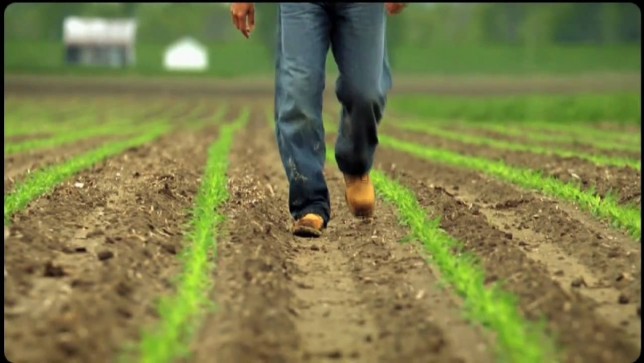 The chief causes of global hunger today are poverty and small farmers’ lack of access to basic resources such as fertilizers and roads to market. So why do Big Ag and biotech companies keep insisting that the solution to meeting the demand for food is investment in their genetically engineered seeds?

The fact is, there are strategies that take advantage of what we already know about using resources more efficiently that have the proven potential to double food supplies while at the same time reducing agriculture’s burden on the environment.

For example, in Africa and other poor regions, farmers often can only afford one-tenth of the fertilizer recommended for their crops. Instead of applying excessive fertilizer on farms in developed countries, as often happens now, it would do far more good to use it on farms in the developing world that need it the most. Better use of fertilizers could increase the production of major cereals by 30 percent, improve the incomes of poorer farmers and reduce the contamination water supplies by nutrient-loaded runoff.

Investing in infrastructure in developing countries would significantly reduce food waste. About a third of the food grown in developing countries is lost due to lack of storage or inability to get it to market. Improving roads, transportation and storage facilities is crucial to reducing waste and increasing the incomes of poor, small farmers.

Given that creating just one genetically engineered crop variety can cost upwards of $130 million, you’d think Big Ag companies would invest in strategies that have been proven to work and less on GMOs that may not even increase crop yields. But what corporations really care about is increasing their profits, not feeding a hungry world.