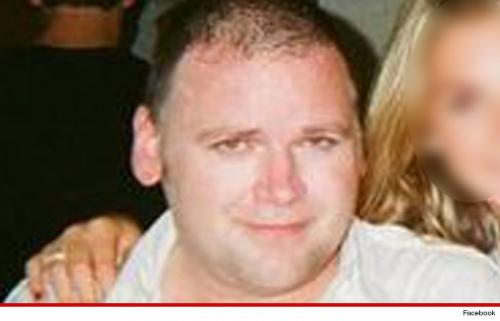 When asked about the cause of death, Los Angeles County Coroner’s Assistant Chief Ed Winter told reporters that Getty’s death appeared to be “natural or an accident.” Cmdr. Andy Smith, a Los Angeles police spokesman added that “At first glance, it does not appear to be a criminal type of act. But that could change.” 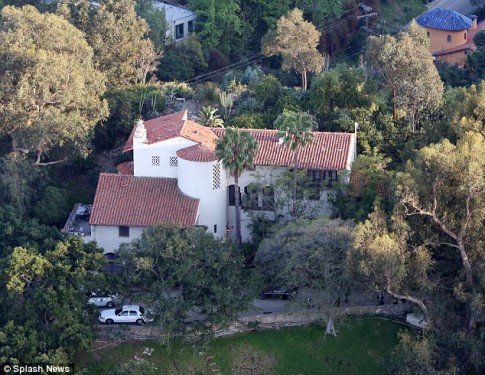 Above, Investigators gather outside Getty’s home in the
Hollywood Hills on Tuesday 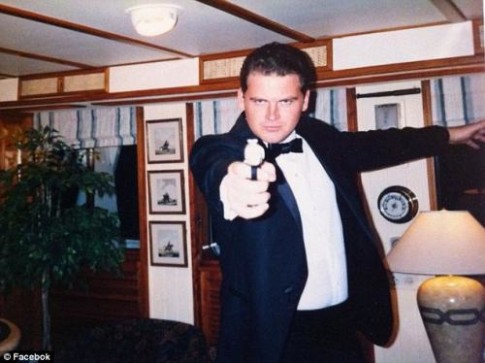 And here things get tabloidy, if not inaccurate: according to Gawker, Getty’s ex-girlfriend, who called 911, apparently told the operator he had suffered a cardiac arrest, and TMZ’s initial report contained a now-excised reference to a gunshot wound to the face. In an updated post, TMZ reports Getty’s death involved a “traumatic injury to the rectal area” with “significant bleeding.”

Additionally, the LA Times reports that Getty had sought a restraining order against the woman as recently as two weeks ago. TMZ provides further unverified details:

Our sources say Andrew and his ex-girlfriend have a storied history with the LAPD. Cops have been to his residence 31 times, mostly for domestic disturbances. Our sources say they have both frequently been under the influence of drugs during the police visits.

We’re told the drugs cops found in the past were prescriptions.

As for their relationship, we’re told he has a restraining order against her and she has been placed under a 5150 psychiatric hold in the past, after injuring cops when they responded to the house. We’re also told she’s allegedly broken into Andrew’s house on numerous occasions.

A subsequent report by the LA Times gave the TMZ report credibility when it reported that “a law enforcement source told The Times that Getty was found naked from the waist down in the bathroom of his Hollywood Hills estate Tuesday and appeared to have suffered from some type of blunt-force trauma. It’s unclear whether the injury was caused by a fall or something else.”

So to summarize the initial patchwork of facts and evidence, the heir to the man who was once the world’s richest died from what appear to be “natural causes”, and it wasn’t a “criminal act”, but it did involves “blunt force trauma”, most likely to the rectal area.

In retrospect it is not surprising that “the family has requested that members of the media and the public respect its privacy during this extremely difficult time,” a spokesman told the LA Times.

What is most surprising is that this latest incident to plague the J. Paul Getty descendants may not be the most lurid. 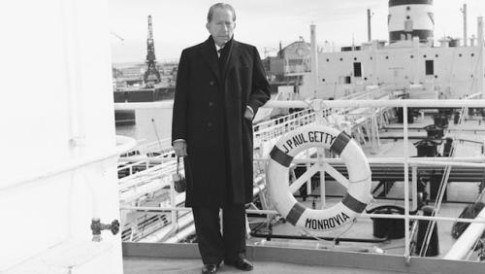 As Forbes recalls, “in 1973, another grandson of J. Paul was kidnapped by Italian gangsters who asked for $17 million in ransom and threatened to send a severed finger as proof. “I have 14 other grandchildren,” Getty told his son, who was pleading for the money, “if I pay one penny now, then I’ll have 14 kidnapped grandchildren.” As the negotiations dragged on, an Italian media organization received a lock of hair and J. Paul III’s ear in the mail. Getty eventually coughed up $3.4 million to buy his grandson’s freedom. Years later, J. Paul III suffered a stroke after heavy drug use in New York which left him paralyzed and practically blind for the rest of his life. Andrew Getty’s father, Gordon, also made headlines for all the wrong reasons when it was revealed that the opera enthusiast and San Francisco socialite had kept a second family secret for a decade.”