Editor’s Post: Is this why so many people, especially in the below-mentioned states, are reporting such a heavy increased military presence in the skies over their homes? 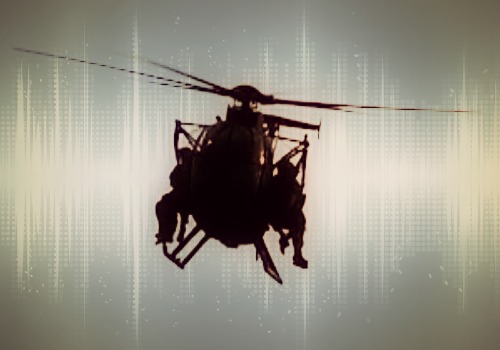 A massive U.S. military drill dubbed “Jade Helm 15” lists Texas, Utah, and part of California as “hostile” or “insurgent pocket” territory. The unclassified information about this drill is causing widespread alarm nationwide, with more than a few analysts suggesting it may be some sort of exercise practicing to impose martial law on Americans fed up with an out-of-control federal government. During the exercises, which will take place over the summer, Special Forces from various branches of the military will work with local law-enforcement in scenarios that, to critics at least, sound suspiciously like they are aimed at subduing rebellious American civilians and states amid a civil war or large-scale unrest. The federal government issued a response dismissing the concerns and saying that the training is to help U.S. forces prepare for overseas missions, but not everyone is convinced.

The most alarming components of the drills highlighted by concerned citizens and media commentators surround an unclassified presentation about Jade Helm 15’s “realistic military training” that was apparently leaked. In a graphic showing the territory across which the training will take place — essentially the American Southwest — different states are colored based on the fictional status of their loyalty to Washington. Colorado, Nevada, and most of California, for example, are dark blue, indicating that they are “permissive.” Utah and Texas are both shaded red, indicating that they are “hostile.” Southern California is also red, with a note reading “insurgent pocket.” Arizona is light blue, which in the legend is listed as “uncertain (leaning friendly),” while New Mexico is brown, or “uncertain (leaning hostile).” Two more states, Florida and Louisiana, have reportedly been added to the exercise.

According to the presentation, the eight-week training program involves Navy SEALs, Army Special Forces Command (Green Berets), Air Force Special Operations Command, Marine Special Operations Command, Marine Expeditionary Units, the 82nd Airborne Division, and unspecified “interagency partners.” Underneath the logo for the Jade Helm drills, a sword with two arrows crossing it, it reads: “Master the Human Domain.” What exactly that means was not clear, but at least some critics of the exercise have suggested it may be a euphemism for subjugating the population of the United States. Indeed, as other analysts have noted, citing available information, the drill almost certainly has nothing to do with defending the Southern border from invasion. The few details that have been provided, though, are causing concern among analysts.

On a slide explaining “what to expect” during the two-month training program for “unconventional warfare,” the document warns of “increased aircraft in the area at night,” possible noise complaints, personnel carrying weapons with blank ammo, and more. Especially alarming to critics of the program is that “some individuals may conduct suspicious activities designed to prepare them for complex environments overseas,” and that “some participants will be wearing civilian attire and driving civilian vehicles.” Separately, a slide describing what “realistic military training” means has also raised alarm. The document mentions that it will be conducted “outside of federally owned property” and that it is designed to “ensure proper coordination between DOD representatives and local and regional authorities.” News reports citing military officials said the DEA, FBI, and the “Joint Personnel Recovery Agency” (JPRA) would also be participating.

Citing other recently leaked U.S. military documents such as “FM 3-39.40 Internment and Resettlement Operations” about interning American civilians in camps, using “psyops” (psychological operations) on those detainees to affect their views, and more, David Hodges with the Common Sense Show said the drill is “undoubtedly the most frightening thing to occur on American soil since the Civil War.” In a widely re-published article about the training program, he said it could be “conclusively stated” that the drill was really about “preparing for a Red, White and Blue invasion.” “This is a massive rehearsal for martial law implementation as well as implementing the proverbial and much rumored Red and Blue List and the ‘snatch and grab’ extractions of key resistance figures from the Independent Media as well as uncooperative political figures,” Hodges added. “The various provisions of Jade Helm make it clear just how dangerous this drill truly is.”

(Read more at The New American)