Hmmh. What do you make of this? 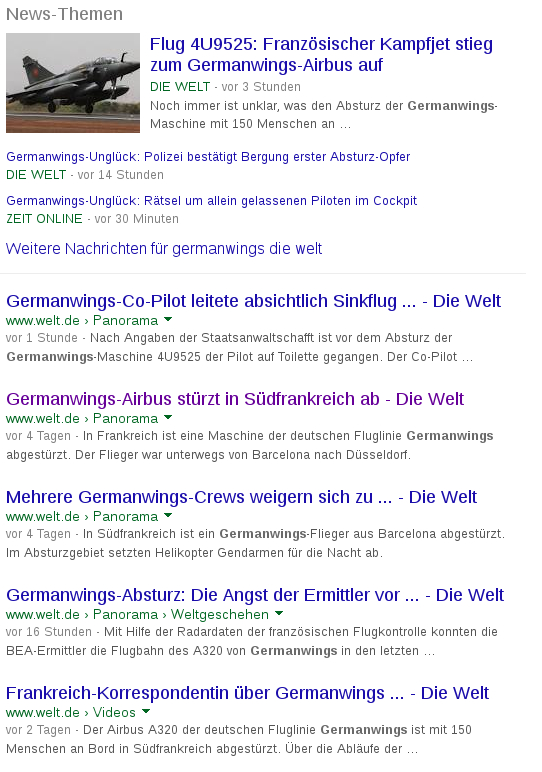 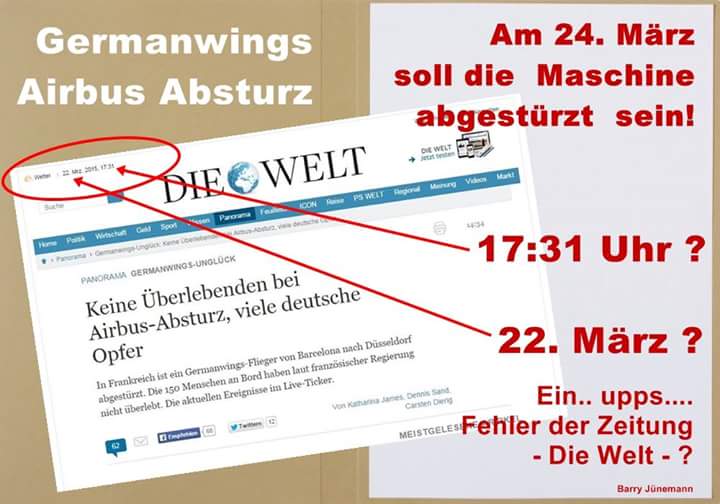 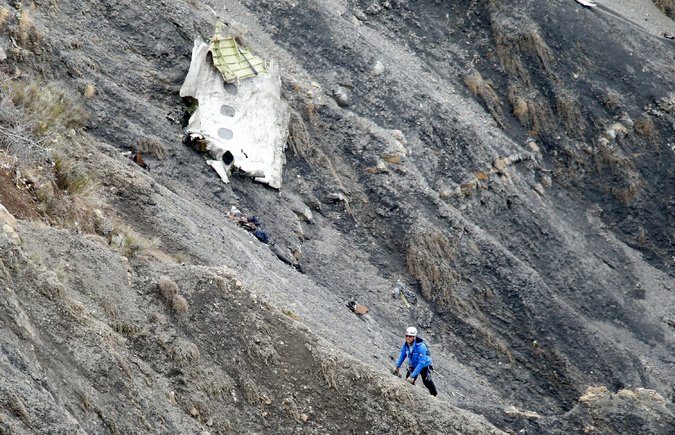 A search and rescue worker at the crash site on Wednesday.

PARIS — The chief Marseille prosecutor handling the investigation into the crash of a Germanwings jetliner said on Thursday that evidence from the cockpit voice recorder indicated that the co-pilot had deliberately locked the captain out of the cockpit and steered the plane into its fatal descent.

“At this moment, in light of investigation, the interpretation we can give at this time is that the co-pilot through voluntary abstention refused to open the door of the cockpit to the commander, and activated the button that commands the loss of altitude,” the prosecutor, Brice Robin, said.

The revelation that one of the pilots of the jetliner was locked out of the cockpit before it crashed raised new and troubling questions on Thursday, as search teams continued to scour the rugged terrain of the French Alps for clues that could shed light on what happened.

The flight, an Airbus A320 operated by the budget carrier Germanwings, was traveling to Düsseldorf, Germany, from Barcelona, Spain, on Tuesday morning when it descended and slammed into the French Alps, killing the 144 passengers and six crew members on board.

The prosecutor said that the authorities had a full transcript of the final 30 minutes of the voice recorder.

“During the first 20 minutes, the pilots talk normally,” he said, saying they spoke in a “cheerful” and “courteous” way. “There is nothing abnormal happening,” he said.

The commanding pilot then asked the co-pilot to take over, and the noise of a seat backing up and a door closing could be heard.

“You can hear the commanding pilot ask for access to the cockpit several times,” the prosecutor said. “He identifies himself, but the co-pilot does not provide any answer.”

“You can hear human breathing in the cockpit up until the moment of impact,” the prosecutor said. “The pilot was therefore alive.”

Stefan Schaffrath, an Airbus spokesman, said on Thursday that in the wake of the Sept. 11, 2001, terrorist attacks in the United States, Airbus had upgraded the reinforcements of cockpit doors on its planes in compliance with international regulations.

According to an Airbus video describing the operations of locking the cockpit door, it is locked by default when closed. But when a pilot wants to lock the cockpit door to bar access to someone outside, he or she can move the toggle to a position marked “locked,” which illuminates a red light on a numeric code pad outside. That disables the door, keypad and the door buzzer for five minutes.

While these functions are disabled, the video shows, the only way to make contact with the crew is via an intercom. The doors can then only be opened if someone inside overrides the lock command by moving and holding the toggle switch to the “unlock” position.

In someone outside the cockpit suspects the pilot is incapacitated, that person would normally first try to establish contact via the intercom or by activating a buzzer. If those efforts were unsuccessful, the video shows, a crew member outside the cockpit would need to enter an emergency code on the keypad.

The code activates a loud buzzer and flashing light on the cockpit control panel, and it sets off a timer that unlocks the door 30 seconds later. The person outside has five seconds to enter before the door locks again.

As investigators continued to pore over the clues, relatives of the victims were expected to arrive on Thursday near the site of the crash, where a makeshift chapel has been set up, and where psychologists are available to provide support. Lufthansa was to operate two special flights for family members on Thursday from Barcelona and from Düsseldorf.

The victims of the crash included many Germans and Spaniards, including 16 high school students who were returning from an exchange program. Other victims included citizens of Britain, Colombia, Iran, Israel and the United States, among others.

A bus carrying 14 relatives of Spanish victims departed from Barcelona on Wednesday, The Associated Press reported. They apparently did not want to fly.

The BBC reported on the collapse of WTC Building 7 over twenty minutes before it fell at 5:20pm on the afternoon of 9/11: 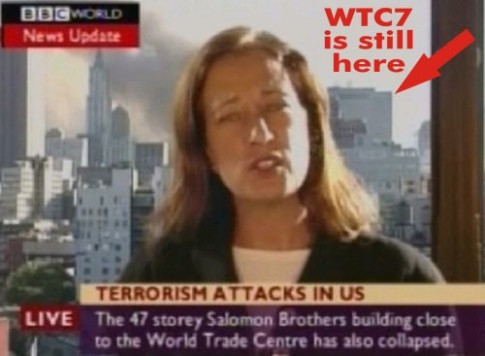