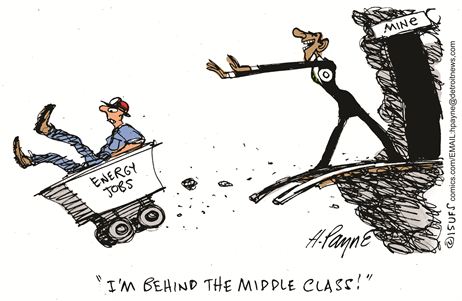 President Obama took his jobs plan to the people of Ohio on Thursday, urging a rowdy audience in House Speaker John Boehner’s home state to help him “pass this bill!” – and proclaiming to the crowd that “I’m a warrior for the middle class.”

– The Death Of The American Dream In 22 Numbers