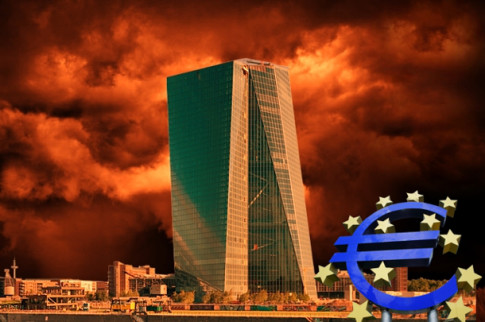 Esteemed reader Kittie Kittie mentioned that today the ECB opened its new headquarters in Frankfurt (seen above). Lots of Jews showed up at the opening ceremony, including Salomon Korn, Head of the Jewish Community Frankfurt.

I discussed the following matter in the “Truth About Money” series, but I wish to do it again here, in simpler terms.

If you can understand the following items, then you will understand more about euro-zone economics than do most “experts.” Instead of your eyes glazing over when you read some financial commentary, you will see through the lies, and declare “bullshit!”

Please ask questions if the material is not clear, or is poorly worded.

The Tower of Evil in Frankfurt is the headquarters of the euro scam, which works like this…

European politicians surrendered their monetary sovereignty to the Troika in return for bribes, and for the chance to live in personal splendor. (More about this below.)

This means that the euro-zone nations can no longer create their own money out of thin air like the US government can.

Instead, euro-zone nations can only get money by

[1] Borrowing it from private bankers, (and also borrowing via the sale of sovereign bonds)

[2] Receiving money via a net trade surplus like Germany has.

Private banks create euros out of thin air, and lend those euros to the governments of euro-zone nations that have net trade deficits, namely Cypress, Finland, France, Greece, and Slovakia.

Private banks also lend euros to nations that have net trade surpluses, but whose surpluses are not large enough to cover all government expenses. This includes Austria, Belgium, Estonia, Ireland, Latvia, Luxembourg, Malta, Portugal, and Spain.

Private banks also lend euros to nations that have a still larger net trade surplus, but which occasionally swing into the trade deficit zone. These are the borderline nations like Italy.

All these euros created and lent by private banks flow through the nations listed above, and end up in three nations that have large trade surpluses, namely Denmark, Germany, and Holland.

As euros flow through the lesser nations en route to Denmark, Germany, and Holland, they leave massive debt in their wake.

For example, if a private French bank lends euros to the Greek government, then those euros go quickly through Greece (often instantly) and end up in Dutch, Danish, or German banks.

How does the French bank recover its loan money?

The private banks do this over and over, making huge profits, while dumping an ever-larger mountain of debt on the victim nations like Greece.

More and more debt forces governments to impose more and more austerity on their citizenry.

Therefore, if you are in a victim nation, you will continue to have more and more austerity forever, or until your government collapses, or your government finally dumps the euro, whichever comes first.

WHY DOES THE EURO SCAM CONTINUE?

It continues because bankers and rich people throughout the euro-zone want it to continue. The euro-scam causes debt, which forces austerity, which forces massive cuts in social programs, plus massive privatization of public assets. The latter developments widen the gap between the rich and the rest.

Politicians in the victim nations dare not question the euro-scam, since politicians are on the payroll of bankers and rich people. (This includes SYRIZA politicians.) They are bribed to keep using the euro, even though the euro is destroying their nations. Politicians don’t care. They stash all their loot in Swiss banks. (Switzerland does not use the euro.) And the rich get richer than ever.

The scammer nations (Denmark, Holland, and especially Germany) get rich off the euro-scam, while they continually (and falsely) shame their victims for “living beyond their means.” And the masses in nations like Greece believe it! They accept the false shame!

The Greek masses thought that by accepting the euro, they would gain more respect from the rest of Europe. Instead they got hatred, enslavement, and impoverishment. And still they cling to the euro, because of their brainwashing and their lack of self-esteem.

Along came SYRIZA, whose top members accept the banker bribes to continue the euro scam, while they pretend to stand up to the bankers. The Greek masses imagine that SYRIZA has restored their “dignity,” even though the masses are poorer than ever, and even though SYRIZA betrayed them right away.

Today the ECB formally opened its new headquarters. This is Ground Zero of the euro scam.

Peaceful protesters showed up in the Roemerberg (Frankfurt’s main square) calling for an end to austerity — which will never end as long as the euro does not end. The German police crushed them by sending in their “black bloc” thugs to burn and destroy things. These are young assholes that the police pay to dress in black, and cover their heads with balaclavas. As they burn and vandalize (on police orders) they give the police an excuse to crush the demonstrators who are peaceful, and to permanently expand their police powers. The thugs (employed by the police) also give the corporate media outlets a chance to portray all demonstrators as thugs and vandals.

That’s it in a nutshell. That’s why Greece is forever in crisis. It’s a scam perpetrated by bankers, rich people, and their puppet politicians and media pundits.  The victims are ordinary people.

The victims continue to submit to the scam, since they are too busy bickering with each other to face reality.

Meanwhile the few victims who grasp reality are dismissed as “conspiracy theorists.” 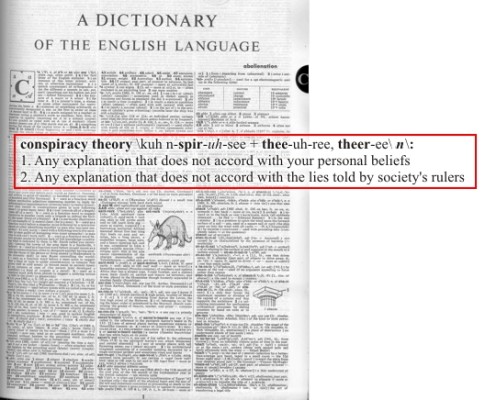 1 thought on “The Tower Of EVIL”