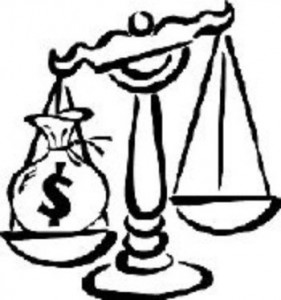 Last month, I wrote about the fact that Paris Hilton’s brother had engaged in extraordinarily disruptive and illegal behavior on an international flight. I didn’t cover this story because it was a matter of national importance, but because I knew that he wouldn’t be punished for what he did. Meanwhile, hundreds of thousands of Americans are imprisoned every day for far less (see: Land of the Free: American Police Make an Arrest Every 2 Seconds in 2012).

I’m not saying that average Americans should be imprisoned for such offenses, rather, I’m pointing out the egregious injustice within the U.S. legal system, and the the fact that when you have as much money as Conrad Hilton, laws simply do not apply to you. Here’s an excerpt from that post, Little Oligarch Gone Wild – Paris Hilton’s Brother Yells: “I Will F*cking Own Anyone on This Flight; They Are F*cking Peasants”:

Paris Hilton’s younger brother was arrested in Los Angeles on Tuesday for allegedly going insane on an international flight in July, reports TMZ.

“I could get you all fired in 5 minutes,” he reportedly said while grabbing a flight attendant’s shirt at one point during the incident. “I know your boss! My father will pay this out. He has done it before. Dad paid $300k last time.”

Now for the unsurprising fallout from the affair. From NBC News:

Conrad Hughes Hilton III, Paris Hilton’s youngest brother, will plead guilty to a single misdemeanor charge of simple assault Tuesday in a July 2014 incident in which he allegedly threatened to kill crew members and the co-pilot of a British Airways flight.

Federal prosecutors agreed to recommend probation for Hilton, 21, in a plea deal that saw them drop felony charges of interfering with a flight crew, which could have sent the young millionaire to prison for 20 years, according to court documents.

The FBI said in the original complaint that Conrad, the great-grandson of the Hilton hotel chain’s founder, had to be restrained by five flight attendants on board British Airways Flight 269 last July during a series of profanity-laced tirades in which he accused the flight crew of “taking the peasants’ side,” threatened to fight the pilot, accused a fellow passenger of planning to “gay rape” him and threatened to kill a co-pilot and a flight attendant.

If a poor black kid did this, how fast do you think he’d be thrown in a cage?

Little Oligarch Gone Wild – Paris Hilton’s Brother Yells: “I Will F*cking Own Anyone on This Flight; They Are F*cking Peasants”

The Pitchforks are Coming…– A Dire Warning from a Member of the 0.01%

An Open Letter to Sam Zell: Why Your Statements are Delusional and Dangerous