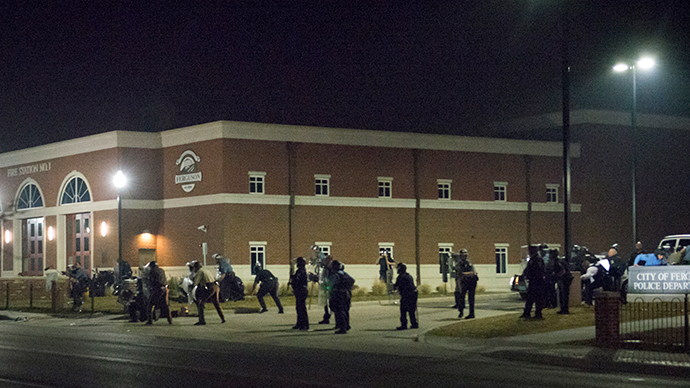 An amateur video has emerged online showing exactly the moment two policemen were shot during a rally near Ferguson police department.

Sounds of gunfire are distinctly heard, followed by loud screams as well as the groaning of a man who was hit.

Ferguson police station is seen and people running away in panic.

The shooting occurred in the early hours of Thursday as people were rallying outside the police station.

Two police officers were shot in the incident as was confirmed by police.

Photo from @stltoday showing officer being loaded into ambulance after shooting in #Fergusonpic.twitter.com/pFfQeskuqw

The protest outside the Ferguson Police Department began after its chief, Thomas Jackson, announced his resignation Wednesday. He is the sixth city official to step down in the wake of last week’s damning Department of Justice report, revealing discrimination against Ferguson’s African-American population by local courts and police.

The report was compiled in the wake of large-scale protests against police brutality, following the shooting of unarmed black teen Michael Brown by Ferguson policeman Darren Wilson in August last year. In November, mass protests broke out after a grand jury decided not to indict Wilson.