For more than a decade, John Ramsay kept his mouth shut about how rigged the US equity market was. 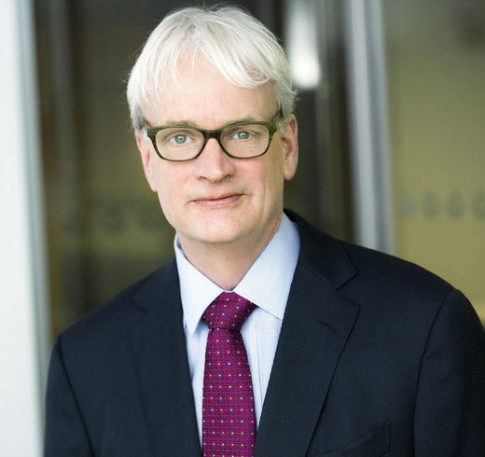 As SEC Director of Trading & Markets, Ramsay tells Bloomberg her “had red tape over his mouth,” but now he is “uncorked.”

“I’ve been able to find my voice on these issues in a way I couldn’t have done when I was in the government, because you’re always limited by internal politics and not wanting to get too far out in front of the agency,” he said. “I feel like I’ve been a little bit uncorked.”

Having joined Brad Katayama’s IEX Group (infamous for the Flash Boys’ exposure), Ramsay  is calling out the “convoluted” and “illogical” pricing rules of major stock exchanges and compared the $25 trillion U.S. stock market’s structure to the Death Star of “Star Wars.”

It will be hard for current regulators to shrug off Ramsay’s comments,

“He’s a guy who accomplished a lot and doesn’t have anything to prove,” said James Burns, who worked with Ramsay at the SEC and is now a partner at the law firm Willkie Farr & Gallagher LLP.

Ramsay helped the SEC hammer out the post-crisis Volcker Rule, which bans government-insured banks from gambling with depositors’ money. The rule has an exemption — it allows banks to continue “making markets,” or standing ready to buy or sell stocks and bonds from customers. Financial regulators initially clashed over that exemption, with banking agencies fretting that the language would open loopholes for Wall Street to exploit.

Ramsay helped ease the tension with clear language and humor, bank regulators said. Ramsay was the voice at the table “making us understand how market making is done, and what kind of parameters are around it,” said Scott Alvarez, the Federal Reserve’s general counsel.

And so when he uncorks a nasty reality check on the market, perhaps it is time to listen…

“The current market ecosystem is not sustainable, and significant changes are coming one way or another,” Ramsay said in a speech delivered at a New York technology conference in September.

Ramsay said his opinions grew more critical in recent years as he watched the market fragment into 11 public exchanges and more than 40 less-regulated private venues such as dark pools.

Trading became more complex and prone to technological malfunctions in the face of rules that were supposed to boost competition and create new choices for investors, he said.

He outlined how the market lost its way: conflicts of interest among brokers, a two-tier system favoring the speediest and a general sense that today’s rules have been crafted to the benefit of insiders.

*  *  *
Is “crafted for the benefit of insiders” not the very definition of a rigged game?

1 thought on “Former SEC Director Admits The Truth: The Market Is Rigged”