– China Just Sided With Russia Over The Ukraine Conflict

“Russia is a regional power that is threatening some of its immediate neighbours, not out of strength but out of weakness,” the president said. 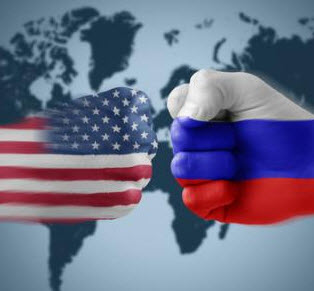 – Despite Russian Warnings, US Will Deploy A Battalion To Ukraine By The End Of The Week (ZeroHedge, March 2, 2015):

“Before this week is up, we’ll be deploying a battalion… to the Ukraine to train Ukrainian forces for the fight that’s taking place,” stated US 173rd Airborne Brigade Commander Colonel Michael Foster said at the Center for Strategic and International Studies in Washington, DC on Monday. Despite earlier warnings from Russia (and claims that NATO had not agreed to any such foreign ‘boots on the ground’ action’), Sputnik News reports, Foster added, “what we’ve got laid out is six United States companies that will be training six Ukrainian companies throughout the summer.”

Despite earlier reports from Russia’s NATO envoy that, as TASS reports,

It seems it is happening, as Sputnik News reports,

The United States will deploy personnel by the end of this week to train the Ukrainian national guard, US 173rd Airborne Brigade Commander Colonel Michael Foster said at the Center for Strategic and International Studies in Washington, DC on Monday.

“Before this week is up, we’ll be deploying a battalion minus… to the Ukraine to train Ukrainian forces for the fight that’s taking place,” Foster stated. “What we’ve got laid out is six United States companies that will be training six Ukrainian companies throughout the summer.”

The current plan is for US forces to stay six months, he said, and noted there have been discussions about how to increase the duration and the scope of the training mission.

The current channels for military training set up between Ukraine and the United States would not be used for transferring defensive lethal aid if the United States decided to provide arms to Ukraine, Foster told Sputnik on Monday.

“It would go through something separate… We would not funnel the lethal aid or arms through that [training] event, we would use a secondary method for that,” Foster said, adding that a completely separate process is preferable.

Here is the full interview with Colonel Foster: “If Russia will invade Ukraine, why would we not think they will invade the US next?”

At 14:45, Colonel Foster discusses the deployment of US troops to Ukraine…

Of course, we already knew American military boots were on the ground in east Ukraine…

But this seems like a direct aim at Putin after the war-mongery rhetoric this morning:

– Ron Paul: “The Ukraine Coup Was Planned By Nato And EU” (Video)

– In His Thirst for War, Senator Jim Inhofe Releases Fake Photos of Russian Troops in the Ukraine

– Russia Warns US, Supplying Arms To Ukraine ‘Will Have Dramatic Consequences’

– Ukrainians Rage Against Military Draft: ‘We’re Sick Of This War’

1 thought on “Despite Russian Warnings, US Will Deploy A Battalion To Ukraine By The End Of The Week”