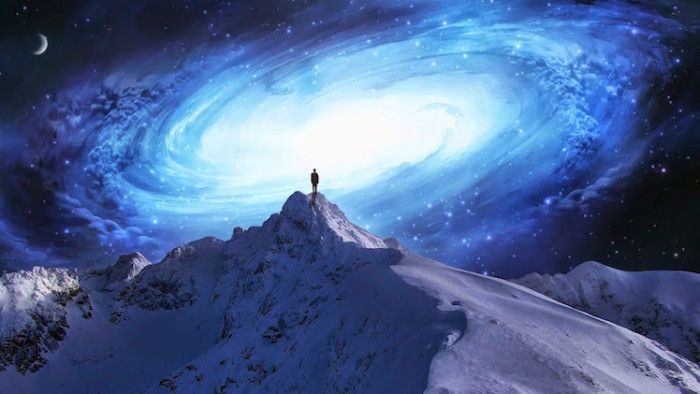 The waking up process is a very personal experience. Once we become aware of the existence of a fabricated world we thought to be real and that our true nature is anything but what we’ve been told, there’s no turning back.

It may appear to be a lonely path, but we are by no means alone in this awakening. It is happening in all walks of life. Whether a banker or corporate employee wakes up to the scam being perpetrated on humanity and pulls out of the matrix, or a normal taxpaying worker realizes they’re contributing to a military industrial machine hell bent on war, control and world domination, we’re all the same.

And those are just surface issues compared to the deliberate socially engineered suppression of man’s innate spiritual nature, whether we call it social liberty or the freedom to create and manifest as we truly are.

There are many such triggers that wake people up. When a child dies from a supposedly preventative vaccine, or becomes autistic for no reason, things change. Once someone realizes, for example, how the world was scammed on 9/11 and that the powers that be are willing to perpetrate such atrocities to promote their agenda, the digging begins in sincerity. When we realize we’re at the complete mercy of parasitic central bankers more than willing to not only implode the world’s economy, but finance both sides of any conflict for personal gain and control and that our governments are complicit in this scheme, we start to grasp the enormity of what befalls us.

In addition, that we have rapidly devolved into an advanced militarized surveillance police state is driving many to ask some hard questions – and the answers can be startling and difficult to swallow, especially when you realize they have cut off all avenues of recourse.

Another major issue is that it’s more evident by the day that our very health is under attack, again by complicit government and multinational corporations pushing GMOs, adulterated food, vaccines, pharmaceuticals, atmospheric aerosols and the like, all of which have been proven to be extremely hazardous to humanity. Yet they push harder by the day, mandating program after destructive program. Meanwhile, natural and organic farming and foods, as well as supplements, are under intense attack by these very same perpetrators.

The truth about these issues and many, many more including massive planet harming programs such as fracking, electrosmog, and the geoengineering assault on humanity are driving a major perceptual paradigm shift amongst all walks of life as we delve more deeply into who is doing all this and why. 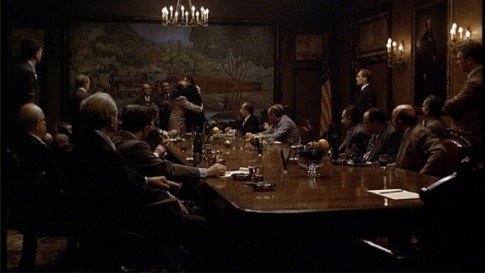 This is often the final breakthrough point for many people. As the true picture starts to crystallize, the horrific realization that the “powers that be” are fundamentally a clandestine cabal with front men comes into focus. These are powerful minions, more interested in total control and weakening and subjugating humanity via health degradation, dumbed down education, mindless “bread and circus” government controlled media, depraved violence and sex oriented entertainment, and a draconian militarized police crackdown. The ugly truth then comes to the fore.

It can be staggering. If you take just 9/11 and other false flag events and realize they were staged to bring about this Orwellian police state where the citizens are now terror suspects, it can be very difficult to swallow.

A quick perusal of history soon follows, where people realize these same false flag/false enemy tactics were used to justify almost every war, leading to such totalitarian states as Stalinist Russia, Communist China and Nazi Germany, each of which descended into horrific pogroms, decimating their own populations of anyone potentially daring to question the new regime.

It’s not all black and white. There are of course good people working for bad people, powers and programs, wittingly and unwittingly. Many are trying to change and improve our existing structure. Many good people are performing wonderful services within this overarching societal program thinking it can be changed constructively. What we’re addressing are the overarching deceitful and destructive powers and mechanisms at play that are attempting to bring humanity into a weakened subservient role to some sort of worldwide fascist control state, eliminating personal and national sovereignty to support and obey a very few powerful self-appointed elites.

And it’s coming on fast. The recent FCC takeover of the internet being a prime example of the internal version, while wanton wars proliferate unchecked while the economic and survival conditions of regular people continues to tank.

This becomes evident as anyone pursues almost any avenue we’re discussing here. To realize this massive program is being orchestrated by some form of “they” soon becomes obvious. The reality of the conspiracy that JFK so eloquently pointed out before he was surgically removed from office via assassination hits squarely home. Please listen to his entire speech.

We Have to Find Out for Ourselves

An essential element to a true awakening is investigating and learning for ourselves. One of the main control mechanisms has been teaching humanity to only trust what they’ve been told by these same agendized so-called authorities. How many times have you heard, “If 9/11 was an ‘inside job’, surely it would have been on CNN. If something was really wrong surely someone would have said something.”

Well, a lot of people have and continue to speak out. And what’s the response? Anything contrary to the official narrative is “outlandish conspiracy theories” as they parrot the phrase “you’re either with us or with the terrorists, which results in the subsequent demonization and marginalization of any form of questioning or healthy criticism.

Waking up from that media and education entrancement is another shocker. Could they do such a thing? Could we really be facing such a totalitarian crackdown? And why?

When I was young there were over 60 media companies vying for audiences. Real investigative reporting, although it’s always been tampered with or suppressed, was still available. Today 6 mega corporations own all of the media. The very same corporations that own much of the corporate military industrial and agra-pharmaceutical infrastructure. Conspiracy is not a stretch – of course these power brokers would twist information to suit their intentions.

The word conspiracy has been stigmatized for a reason – don’t ask questions or there will be consequences.

All of this will take some serious researching, most likely in places people have never dared to look before. And this is good. Don’t let anyone tell you what the truth is, find out for yourself and be convinced in your own mind and heart. That’s a new phenomenon for most, as odd as that may seem, but stepping outside the propaganda mainstream is a must. And it is oh so refreshing.

The Shock Does Wear Off – And Don’t Worry, We’re in this Together

There are so many interconnected “rabbit holes” of similarly repressed, twisted or hidden areas of information that it can be staggering. Once we realize we’ve been lied to about any one of these serious issues, we begin to question everything. And that is extremely healthy. You may not find support for your new found perspective from those around you, but there are millions who are sharing your experience. Thanks to the internet you can find others undergoing the same transformation quite readily and derive a lot of encouragement and support.

Battling through the naysaying of close friends and loved ones seems to act like a chrysalis, much like the cocoon a metamorphosing butterfly has to struggle to escape. And as we know, that is exactly what drives the blood into the wings of the birthing creation that will soon bear the beautiful new awakened soul to glorious new heights and vistas.

One thing that won’t wear off is your absolute disdain for what is being perpetrated on our fellow humans. As the expression goes, “If you’re not angry, you’re not paying attention.” If you knew your home was under attack and malevolent forces were coming for you and your children, you would do anything in your power to protect your family. That soon becomes an innate awareness regarding the current toxic social and physical world we’re experiencing and the need for a conscious response.

This goes hand in hand with anyone experiencing this consciousness shift. If things here are so massively manipulated, what lies beyond all of this? What are we being kept from? Why do I sense I am so much more? Where does God or Love or human kindness come in? And for so many with some form of religious or spiritual background or understanding, the question always arises, “Is this some form of spiritual warfare?”

These are very important questions to pursue. There must be meaning in all of this. “Certainly all of humanity is not as wicked as these psychopathic control freaks.” Yes, that’s true. Unfortunately, the aggressor often rules the day in this hierarchy of control our world has adopted for millennia. History bears this out.

The beauty of gaining a new spiritual perspective is that it puts these influences in their place. We discover new ways to perceive our true indomitable nature which gives tremendous peace and confidence in spite of what we’re currently faced with. This sense of profound conscious awareness and spirituality only grows as our pursuit for truth, in love, gains momentum. 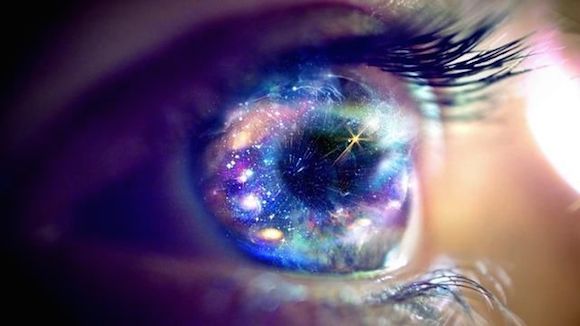 A sense of isolation following the initial awakening is natural. It’s foreign to everything we’ve been taught, with implications that can be mind-boggling as well as heart breaking. However, we are very much connected and sharing a profound common experience. Knowing we are not alone is very important to keep in mind.

Building community also becomes a priority, where we can contribute to the healing of the planet at every level possible. Whether it’s activist or spiritual associations this is very important. It may only be on-line at first, that’s fine. Find kindred spirits and empowering and informative websites and blogs and even attend meet up events in your area on some of these subjects of concern.

This awakening of consciousness is transpiring at an accelerating pace, and it’s something to be very encouraged about. Once you get past the shock of what you’ve “found out” it becomes easier, but it will drastically alter your life.

Enjoy it, be empowered and take action accordingly. Trust your heart.

The darkness cannot put out the Light no matter how hard they try.

Please share this freely with those embarking on this magnificent journey.

1 thought on “The Inevitable Awakening”