– Obama Bans Ammo For The Most Popular Rifle In America 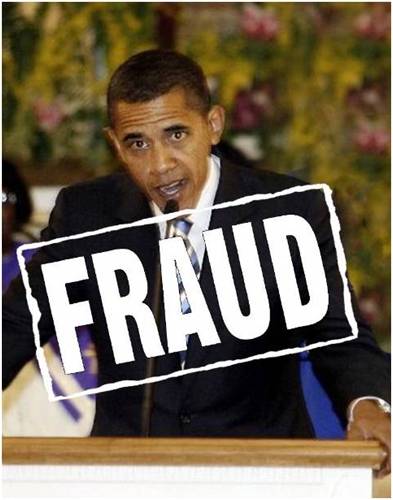 A WhiteHouse.gov petition calling for the prohibition of laws requiring mandatory vaccines has been throttled by the White House, buried from public view and finally frozen for over 36 hours to prevent the petition from achieving 100,000 signatures, Natural News can now reveal.

The petition, which was rapidly headed toward the 100,000 signatures needed to trigger a response from the White House, was frozen mid-day Friday and has remained stuck at 56,791 signatures for over 36 hours.

The petition is titled “PROHIBIT ANY LAWS MANDATING THE FORCE AND REQUIREMENT OF VACCINATIONS OF ANY KIND.” It can be found at this link.

No human being should be FORCED to be vaccinated against their will and/or personal/religious beliefs. I petition against making vaccinations of any kind mandatory. This includes forcing children to be vaccinated to attend public schools, activities, and daycare centers. This also includes adults working in the public or private sector.

The petition still allows people to sign it, and it still sends a confirmation email that claims your signature counts. But the numbers on the petition website never change, no matter how many people sign it.

As the following screen shot shows, the petition confirmation page claims, “Your signature has been verified and counted.” 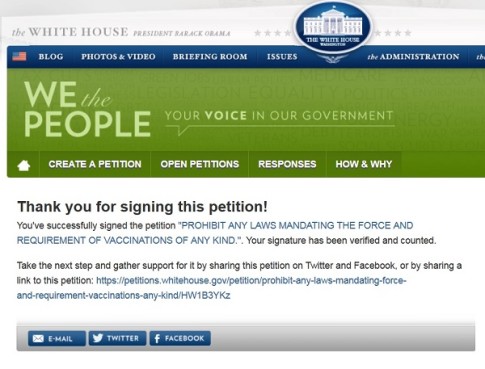 But in reality, your signature doesn’t count at all, and the signatures number on the petition page stays frozen: 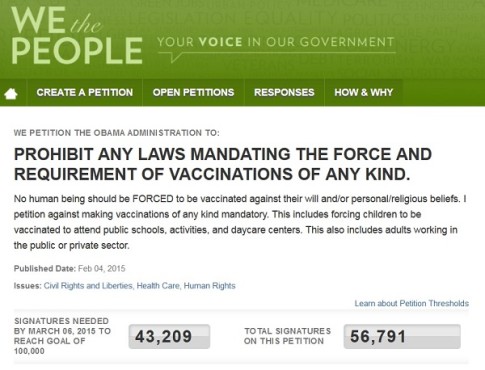 Throttled to a maximum of 100 per hour before being frozen

Before the petition was frozen by the White House to prevent it from reaching 100,000 signatures, it was throttled to allow a maximum of 100 signatures per hour.

Dr. Rima Laibow of the Natural Solutions Foundation has been monitoring the petition’s numbers for several days. “Counsel Ralph Fucetola, JD, and I were tracking the number of signatures for the petition on our Skype chat and I noted something rather strange: there were many hours when the number increasing on the petition was exactly, EXACTLY, 100,” she told Natural News.

“We realized that although it is really important in this debate to get to the 100,000 signature threshold on this petition, the system was gamed, making it harder than it should be. We knew that if we did not reach that number, the White House juggernaught would claim that only a tiny fraction of Americans were against Mandatory Adult Vaccines and would use that against us.”

“…the White House Petition Site programming is not recording signatures on a petition it disagrees with,” Dr. Laibow concludes in a breaking news warning published at her website.

WhiteHouse.gov buried the petition to try to hide it from the public

Even before the throttling and the freezing of the petition numbers, the White House went to great lengths to bury the petition and make sure it could not be easily found by the public.

Unlike other petitions which are easily found at Petitions.WhiteHouse.gov, the petition opposing vaccine mandates was deliberately hidden from view and could only be accessed if someone knew the direct URL.

On YouTube, this is equivalent to setting a video to “unlisted” status to prevent the public from finding it.

To help people find the petition, Rima Laibow set up a new link that directs people to the correct petition URL:

A pattern of systematic deceit by vaccine pushers

This fraudulent attempt by the White House to suppress this petition and prevent it from reaching 100,000 signatures is part of an extraordinary pattern of lying and deceit on the part of today’s medical extremists who demand all people be injected with vaccines, even against their wishes and in blatant violation of the American Medical Association’s code of ethics.

The vaccine industry, we have all observed, is willing to do anything it takes to prevent the public from learning real facts about vaccines or even achieving success with an online petition that calls for the protection of medical choice for mothers and their children.

USA Today, the same publication that ran an article authored by a mentally deranged vaccine fanatic who called for the arrest and imprisonment of “anti-vaxxers,” recently conducted an online survey that asked Americans whether they support the arrest and imprisonment of people who rejected vaccines. The results of that survey reveal that 92% of Americans support vaccine choice and reject government coercion for forced vaccinations. 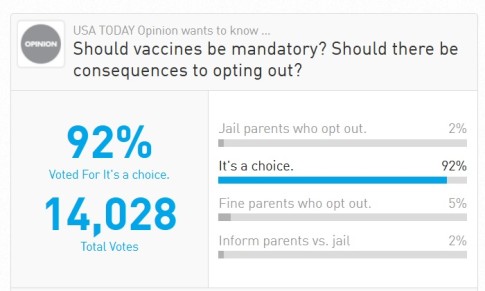 So in an attempt to destroy the perception that the public strongly opposes the government coercion of medical choice (also called “medical fascism”), the White House has now gone to extraordinary lengths to suppress the online petition that calls for fundamental human rights and medical choice.

This pattern of deceit and coercion is far larger than the White House alone. It includes:

• The CDC’s deliberate burying of scientific data linking vaccines to autism (as confessed by the CDC whistleblower Dr. William Thompson).

• The mainstream media’s blatantly one-sided media coverage of vaccines, where no scientific questions about vaccines are ever allowed to be aired, and any doctor who asks an intelligent question about vaccine ingredients, vaccine safety or vaccination schedules is verbally assaulted with the derogatory, intellectually-bigoted label of “ANTI-SCIENCE!”

• The ongoing delusion of “mercury denialism” where even the Associated Press publishes articles that falsely claim mercury has been “phased out” of all vaccines even though the CDC confirms mercury, MSG, formaldehyde and aluminum are still used in vaccines.

• The Disneyland measles hoax, where the CDC knows full well that the viral strain of measles found in MMR vaccines is different from the strain of measles that has spread among children. The genetics don’t match, which means the MMR vaccine would have done little or nothing to stop the outbreak in the first place.

• The complete suppression of true stories of vaccine-damaged children who have suffered severe neurological harm, painful skin disorders, comas and even death due to vaccines. See horrifying photos here of just some of the children who are being medically mutilated by the very same vaccines that government authorities tell us are “safe.”

• The widespread refusal of the FDA to acknowledge the truth that it does not test vaccines for safety or efficacy and instead relies entirely on Big Pharma’s own self-funded studies to “prove” vaccines work. But those studies have been faked, say the industry’s own scientists, who describe how animal antibodies were used to spike human blood samples in order to defraud the FDA and keep selling vaccines that do not work.

• The publication of a medical extremismarticle in USA Today which openly called for the government to arrest and imprison so-called “anti-vaxxers.” This article, like nearly all articles on vaccines that appear in the mainstream media, was written by a mentally ill vaccine fanatic with a bizarre desire to incarcerate informed vaccine skeptics who raise intelligent, rational questions about vaccine safety and immunization scheduling. USA Today has no problem giving a platform to mentally ill vaccine fanatics as long as they keep calling for more vaccines.

TAKE ACTION: Sign the petition and watch how your vote doesn’t count at the White House

Want to sign the WhiteHouse.gov petition and see the petition fraud for yourself?

Or, possibly, WhiteHouse.gov will reactivate the petition after being caught red-handed and exposed by this story, but they will still throttle the petition to make sure it never quite reaches the 100,000 threshold.

This petition fraud, of course, perfectly mirrors every fraudulent tactic of the vaccine industry which is utterly incapable of any behavior at all that resembles ethics or honesty. Every layer of the vaccine fraud now being perpetrated upon the American public is steeped in deceit, fabrication and fraud. 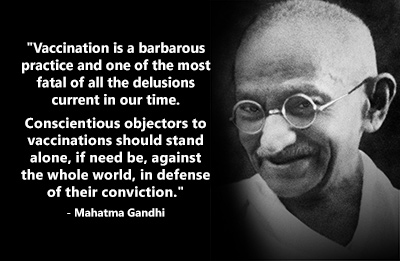 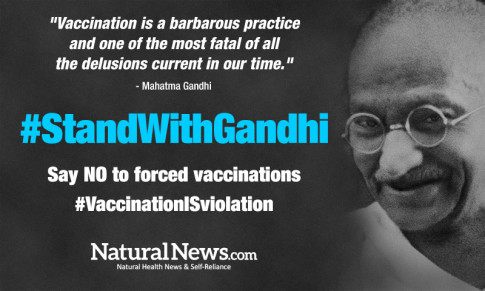 Sources for this article include:
http://www.naturalnews.com/048445_vaccine_sk… 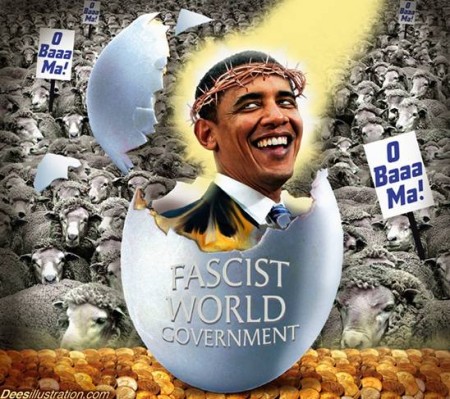