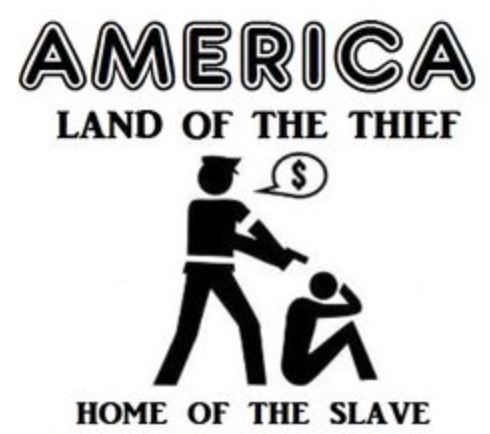 You just can’t make this stuff up. You really can’t. Another day, another elderly American peasant pursued by a “justice” system in which real crooks receive taxpayer bailouts to pay themselves bonuses, while perfectly normal citizen behavior is criminalized.

Read it and weep serfs. From Reason:

Gordon Van Gilder is a retired New Jersey school teacher and collector of 18th century memorabilia. That innocuous hobby could land the 72-year-old behind bars for the rest of his life.

Van Gilder owns an unloaded antique 225-year-old flintlock pistol, the possession of which carries a potential 10-year prison sentence and mandatory minimum sentence of three to five-and-a-half years with no chance for parole.

When a Cumberland County sheriff’s deputy pulled over Van Gilder last November for a minor traffic violation, Van Gilder—after consenting to a search—volunteered the information that the unloaded pistol was in his glove box. The next morning, according to Van Gilder’s account in a video posted by the National Rifle Association (NRA), four officers showed up at his home with a warrant for his arrest.

New Jersey’s strict gun laws explicitly include antique firearms, despite the fact that federal laws exempt them from most gun control regulations.

“I like to mind my own business and not bother anybody, but I have no choice here,” Van Gilder said in the NRA video. “I’ve been thrown to the lions, so I’m going to fight back. I want these people to know they’re messing with the wrong guy, because I know my rights and they’re not going to get away with this.”

In the event Van Gilder takes a plea agreement to avoid jail time, though, the felony conviction that comes with such a plea would likely jeopardize the teacher’s pension Van Gilder spent 34 years accruing, according to The Washington Times.

So ruin an old man’s life for the possession of an antique pistol. Seems perfectly reasonable.

While that’s bad enough, it’s only one example of how ordinary citizens are being told they can no longer engage in normal behavior without permission from the state. Take, for example, the ongoing “war on voluntary book exchanges” taking place throughout these United States. Yes, this really is a thing.

Three years ago, The Los Angeles Times published a feel-good story on the Little Free Library movement. The idea is simple: A book lover puts a box or shelf or crate of books in their front yard. Neighbors browse, take one, and return later with a replacement. A 76-year-old in Sherman Oaks, California, felt that his little library, roughly the size of a dollhouse, “turned strangers into friends and a sometimes-impersonal neighborhood into a community,” the reporter observed. The man knew he was onto something “when a 9-year-old boy knocked on his door one morning to say how much he liked the little library.” He went on to explain, “I met more neighbors in the first three weeks than in the previous 30 years.”

Since 2009, when a Wisconsin man built a little, free library to honor his late mother, who loved books, copycats inspired by his example have put thousands of Little Free Libraries all over the U.S. and beyond. Many are displayed on this online map. In Venice, where I live, I know of at least three Little Free Libraries, and have witnessed chance encounters where folks in the neighborhood chat about a book.

Last summer in Kansas, a 9-year-old was loving his Little Free Library until at least two residents proved that some people will complain about anything no matter how harmless and city officials pushed the boundaries of literal-mindedness:

The Leawood City Council said it had received a couple of complaints about Spencer Collins’ Little Free Library. They dubbed it an “illegal detached structure” and told the Collins’ they would face a fine if they did not remove the Little Free Library from their yard by June 19.

Scattered stories like these have appeared in various local news outlets. The L.A. Times followed up last week with a trend story that got things just about right. “Crime, homelessness and crumbling infrastructure are still a problem in almost every part of America, but two cities have recently cracked down on one of the country’s biggest problems: small-community libraries where residents can share books,” Michael Schaub wrote. “Officials in Los Angeles and Shreveport, Louisiana, have told the owners of homemade lending libraries that they’re in violation of city codes, and asked them to remove or relocate their small book collections.”

The column goes on to note that a city spokesman “said that if there is no clear obstruction, it might be possible to keep the library where it is if Cook is willing to apply for a permit. And it’s possible that city arts funds could be tapped to pay for the permit.” This is what conservatives and libertarians mean when they talk about overregulation disincentivizing or displacing voluntary activity that benefits people. We’ve constructed communities where one must obtain prior permission from agents of the state before freely sharing books with one’s neighbors! And their proposed solution is to get scarce public art funds to pay for the needless layer of bureaucracy being imposed on the thing already being done for free.

In Shreveport, there was a community outcry and some much-needed civil disobedience.

To protest the shutting down of a Little Free Library on Wilkinson Street, artist Kathryn Usher placed a stack of books on a wooden block outside her Dalzell Street home. A sign reading ‘Free Range Books Take One Leave One’ hangs above it. Her action was in response to a notice a Little Free Library’s owners, Ricky and Teresa Edgerton, received from the Metropolitan Planning Commission’s zoning division—a request they cease operating it because the book swap violates city zoning law. If not, they risked further action if the matter were sent to the city attorney. “I did it in solidarity with Ricky,” Usher said. “I’m basically telling the MPC to go sod off.”

Cracking down on voluntary book exchanges. Yep, seems like a perfectly normal use of municipal resources in the so-called “land of the free.”

Now let’s see how the other half lives, by examining what happens to police officers after they shot an unarmed man 16 times while he lay in bed in his Washington state home.

Four years ago cops from the King’s County Sheriff’s Office and the state Department of Corrections (DOC) in Washington busted into the home of Dustin Theoharis and shot the unarmed man 16 times as he lay in bed. Theoharis had at least a dozen surgeries but survived. He sued the county, settling for $3 million, and has also sued the DOC.

Both the county and the department have ruled the shootings justified, despite the lack of a firearm and the fact that the two cops shot a man 16 times as he lay in bed. Earlier this month a judge ruled Theoharis’ excessive force lawsuit against the DOC could move forward, citing the cops’ questionable testimony (they didn’t provide a statement for weeks after the shooting).

But that’s not enough for county prosecutors, who when they declined three years ago to charge the two officers, in part because they said the officers wouldn’t give them statements, said they would review the decision if new information came out.

“There remains insufficient evidence that the officers were acting with malice or in bad faith when they used deadly force,” the statement added. “The State would not be able to disprove the justifiable use of deadly force beyond a reasonable doubt. Therefore, we are unable to file criminal charges. “

Both officers appear to remain employed with their respective agencies, while according to his attorney Theoharis, a mechanic, is still recovering from his injuries and unable to work.

Land of the thief, home of the slave indeed.