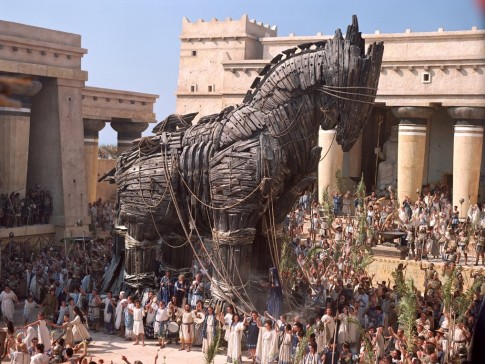 As leaked by Reuters moments ago, here is the text of a document that describes Germany’s position on Greece’s letter requesting an extension of its bailout facility as nothing short of a Trojan Horse.

“The Greek letter is not clear at all, but opens immense room for interpretation. To mention the three most important points: It includes no clear commitment to successfully conclude the current programme and its falls short of a clear freeze of Greek measures. It is totally unclear how the Greek government wants to pay its bills over the coming weeks with the current shortfall in tax receipts.

This is why the letter is not in line with the last Eurogroup position. It rather represents a Trojan horse, intending to get bridge financing and in substance putting an end to the current programme. On this basis it makes no sense to start drafting a Eurogroup statement on Friday. We should aim at three things now:

First, the three institutions should carefully examine the Greek current fiscal position in relation to the letter and give us their advice, as agreed in the last Eurogroup, whether on the basis of the Greek letter a successful conclusion of the current programme would be possible, with a sufficient primary surplus and debt sustainability to be assured.

Second, we need a clear and convincing commitment by Greece, which may just contain three short and well understandable sentences: “We apply for the extension of the current programme, making use of built-in flexibility. We will agree with the institutions any changes in measures from the existing MoU. And we aim at successfully concluding the programme”.

Third, Greece has to publicly confirm that it will refrain from unilateral national measures to roll back the current programme. The authorities will, with immediate effect, not take any initiative or implement any measure or policy which is inconsistent with existing commitments under the current programme or aggravate the fiscal situation. This includes refraining from announced labour market and social reforms to be voted in Parliament this week.

The 10.9 billion euros earmarked for banking recapitalisation should not be prolonged since the Greek banks have successfully passed the stress test last year.” 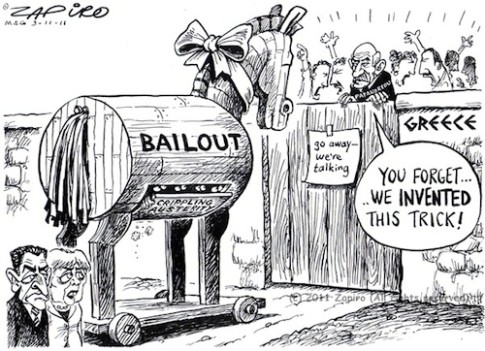