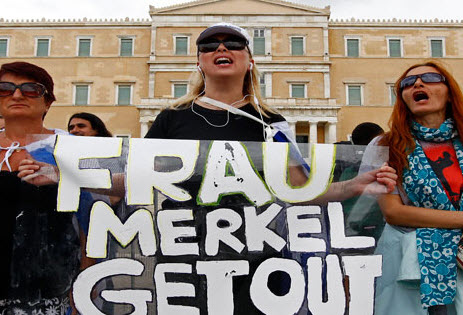 Germany’s government has been “overtaken by arrogance” in its approach to debt negotiations, a Greek government source reportedly told Sky News. The senior Syriza politician likened Germany’s current tactics to those of the Nazis, exclaiming “It’s like being back in the 1940s, being asked to surrender.” We are sure that will make negotiations run a lot smoother (but comes on the heels of various jibes at The Greeks by Wolfgang Schaeuble).

Germany’s government has been “overtaken by arrogance” in its approach to debt negotiations, a Greek government source has told Sky News.

The senior Syriza politician said Athens would call for an emergency EU leaders’ summit if the Eurogroup failed to convene on Friday to discuss its application for a loan extension.

The new government wants separately to negotiate the conditions attached to the loan at a later date, which has been called unacceptable by German finance minister Wolfgang Schaeuble.

Greek negotiators say it is a “tactical manoeuvre” designed to give both sides more time to develop a new rescue package, which would would be less onerous on the Greek people.

“Germany has been overtaken by arrogance.

The €240bn bailout, which came with more than 400 conditions – including reducing the public sector, shrinking pensions and lowering the minimum wage – expires in 10 days. 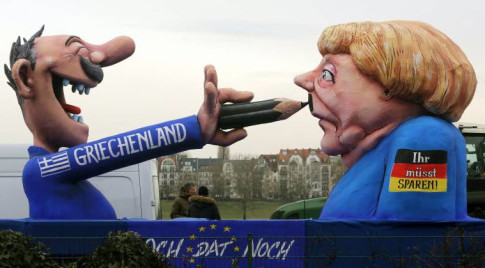