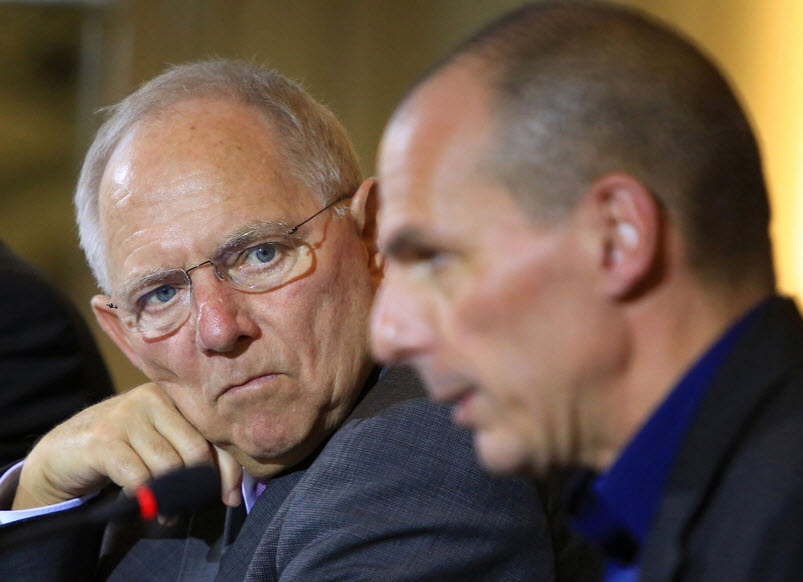 Following the reported withdrawal of what Greece deemed as an acceptable draft document to move forward – replaced by an “absurd, unacceptable” draft by EU President Dijsselbloem – it appears the Germans are none too happy. A senior lawmaker from Angela Merkel’s Christian Union bloc has demanded that following this ‘rejection’ of the Eurogroup’s plan, all payments to Greece should be immediately stopped.

The rift is clearly deepening on both sides…