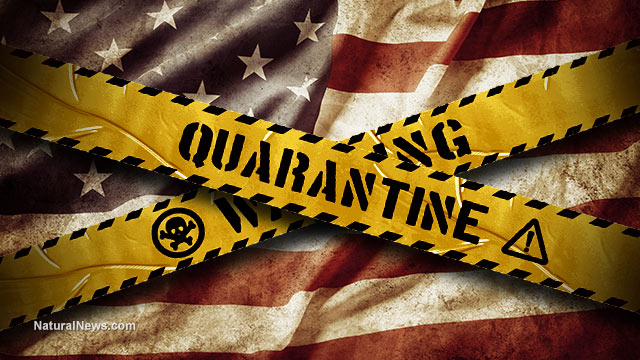 Federal officials want to order a quarantine for a South Pasadena woman and grad student whose sister recently contracted a case of measles at nearby Disneyland, but she is resisting the push because, she says, she doesn’t have the disease.

Twenty-six-year-old Ylsa Tellez’s younger sister, 24-year-old Maura Tellez, was one of more than two dozen confirmed cases of measles recently at the renowned amusement part, but Ylsa is not one of them, the local ABC affiliate, ABC7, reports.

As of this writing, Ylsa said she feels fine and has no symptoms of the disease. Nevertheless, days after her sister was diagnosed, Ylsa got a call from the Centers for Disease Control and Prevention and then a visit from the local health department, both of whom sought to convince her to self-quarantine.

“(They were) saying I need to get vaccinated and I need to be quarantined, otherwise I’m going to go to jail or something, or I’m going to get a misdemeanor,” Ylsa told the local ABC affiliate, adding that she decided instead against becoming a prisoner insider her own home — though a quarantine order may be in the offing.

Ylsa’s mother has come to her daughter’s defense.

“It’s not nice when my daughter is threatened like this because she’s not even sick,” Myrna Tellez told ABC7.

However, and right on cue, public health officials say there is every reason for people to be concerned.

“Measles is one of the most highly communicable infections that we know of, so any susceptible individual who is within close proximity to somebody with measles will probably get infected,” Dr. Jill Hoffman with Children’s Hospital Los Angeles told the local news team.

But Ylsa said she was currently taking supplements aimed at boosting her immune system and that she planned to speak to a physician soon to decide whether or not she will get a measles vaccine.

“I’m just a little upset because if there are so many cases of people that got the shot who also developed measles, then why are they attacking me specifically?” said Ylsa. “I don’t think it’s necessary for me to be on house arrest.”

The family received a form from the Los Angeles County Department of Health Services, and it’s a request for legal intervention. It mentions a home quarantine, with no school or work until Jan. 29.

In the end, Ylsa may not have much choice, unfortunately. In July 2014, President Barack Obama signed an expanded version of a previous Executive Order as the Ebola outbreak worsened in West Africa revising a list of quarantinable communicable diseases. Added to the previous orders of 2003 and 2005 is this passage:

(b) Severe acute respiratory syndromes, which are diseases that are associated with fever and signs and symptoms of pneumonia or other respiratory illness, are capable of being transmitted from person to person, and that either are causing, or have the potential to cause, a pandemic, or, upon infection, are highly likely to cause mortality or serious morbidity if not properly controlled. This subsection does not apply to influenza.

Ylsa may have no legal choice

As the Alliance for Natural Health notes in a January 13 post, that order could mean persons may be quarantined by the federal government if they were exposed to certain covered communicable diseases but aren’t actually sick yet.

Such quarantines could be carried out via the Public Health Service Act, which “allows the government to apprehend and detain individuals based on communicable diseases named in the Act, or named by presidential executive orders,” the Alliance said.

This is a broad power, as noted by the CDC.

“In addition to serving as medical functions, isolation and quarantine also are ‘police power’ functions, derived from the right of the state to take action affecting individuals for the benefit of society,” the federal health agency says in a report[PDF] on its legal authority.