Update: EUROPEAN COMMISSION SAYS THERE IS NO FORMAL PROPOSAL FOR GREECE BUT TALKS ARE INTENSIVE

– After Greece Warns It May Get Funds From Russia Or China, Europe Said To Propose 6 Month Extension (ZeroHedge, Feb 10, 2015):

Moments ago Bloomberg blasted a headline which has to be validated by other members of the European Commission as well as Merkel and the other Germans (and may well be refuted, considering this is Europe), which said that:

So did Greece just win the first round of its stand off with Brussels? It remains to be confirmed, but congratulations to Greece if indeed it caused Merkel and the ECB to fold. 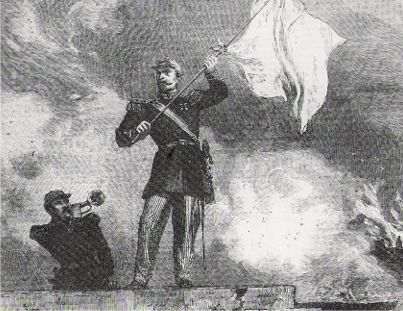 But what caused it? Well, it wasn’t the laying out of the Greek “ask“, which as we noted earlier, was the following:

Greece will seek about 10 billion euros ($11.3 billion) in short-term financing as it tries to stave off a funding crunch while buying time to push its creditors to ease austerity demands. Greece’s Finance Minister Yanis Varoufakis will present a proposal at a Wednesday meeting of euro area finance ministers in Brussels that will ask for an 8 billion-euro increase in the stock of Treasury Bills the country is allowed, said a government official who asked not to be named as the negotiations are confidential. It will also seek the disbursement of 1.9 billion euros of profits that euro area central banks made on their Greek bonds holdings.

No, that’s not it. What emerged as the biggest point of leverage overnight was the following threat reported hours ago by Reuters, citing the Greek defense minister Kammenos, who essentially threatened to go to Russia and/or China if Europe decline to cooperate. Per Reuters:

Greek Defence Minister Panos Kammenos said that if Greece failed to get a new debt agreement with the euro zone, it could always look elsewhere for help.

“What we want is a deal. But if there is no deal – hopefully (there will be) – and if we see that Germany remains rigid and wants to blow apart Europe, then we have the obligation to go to Plan B. Plan B is to get funding from another source,” he told Greek television show that ran in to early Tuesday. “It could the United States at best, it could be Russia, it could be China or other countries,” he said.

Of course, it clearly wouldn’t be the US which would never act against the interest of its European “allies”, so the real threat was very clear: converting Greece from a member of the Eurozone to an expansion of the Eurasian economic zone and a landing pad for both Russia and China into Europe. This is also a possible outcome we hinted at two weeks ago in “Putin’s Unexpected Victory: Europe Furious That Greece Is Now A Russian Sanctions Veto.”

Kammenos is the leader of Independent Greeks, a nationalist anti-bailout party that is the junior coalition partner of Prime Minister Alexis Tsipras’ radical left Syriza party.

Greece is seeking a new debt agreement with the euro zone that will allow it to shake off much of the austerity that has been imposed by a European Union/International Monetary Fund bailout since 2010.

The euro zone, particularly Germany, has shown no willingness to ease its requirement that Greece make deep budget cuts and economic reforms.

As noted above, this is after all Europe, which means Eurozone ministers always float trial balloons headlines ahead of major meetings like the one tomorrow, gauge the market reaction, then quickly retract them. Well, the market test has been conducted…

… with the EURUSD jumping 50 pips, and US equity futures surging by nearly 1%. And now, we await the denial of the “trial balloon” because when it comes to the way Europe operates, some things never change.

Update: Not even an hour later, the trial balloon has just been popped, courtesy of Reuters:

But at least the Eurogroup knows that for the algos, Greece staying in the Eurozone is a EUR positive.

Update 2: More attempts to pop the trial balloon, this time from Italy:

By now it doesn’t matter: the momentum has been ignitied and risk is trading well above where it would had Europe not “trial ballooned” first thing this morning.