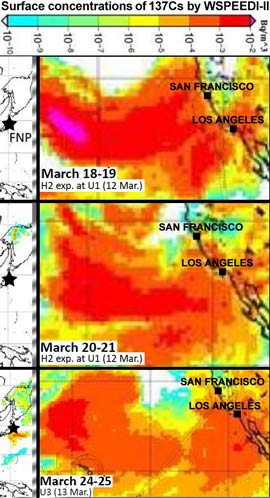 Note that another version of this study published on Jan 30, 2015 is missing the WSPEEDI maps (Fig. 6), as well as nearly all references to Fukushima fallout reaching North America (pdf)