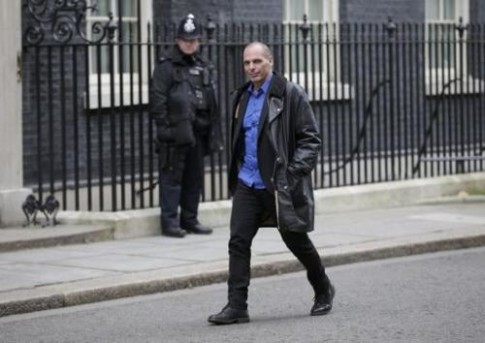 The new Greek PM has a thing against ties; The new Greek finmin, on the other hand, has a thing for boots and barbour jackets as seen in this series of photos of him arriving from Paris (where he secured French support for the Greek debt “renegotiation“) for a meeting with UK chancellor George Osborne. 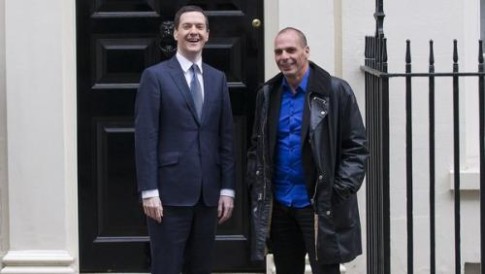