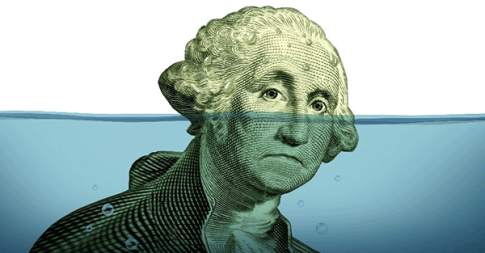 It doesn’t’ take a rocket scientists to figure out what a bankrupt government will do—just like any thief, they’ll go after easy targets first.

The easiest target of all is future generations.

They’re going to run up the debt as high as they can, which essentially means pulling future tax revenues into today. It’s the easiest tax of all, because unborn children do not vote.

The estate tax is another one to watch out for—because, like unborn children, dead people don’t vote either.

We had a great podcast yesterday about retirement savings, where there’s an easy $5 trillion treasure chest for them to raid.

And, of course, there’s the greatest tax of all, the inflation tax, which decreases the standard of living for most of the population as the cost of living rises much faster than incomes.

This Resolution is a pretty scary dose of honesty. But again, what’s even more concerning is that it was just ignored and has objectively a zero percent chance of passing.

I do encourage you to check it out though—even the government is admitting it’s finished.

I’ll quote from the Resolution now without comment and wish you a very pleasant weekend:

Whereas the Federal Government is operating at an annual deficit and is increasing its outstanding debt every year;

Whereas foreign governments, individuals, and corporations as of October 2014 own 47 percent of Federal debt held by the public;

Whereas Social Security’s unfunded liabilities in 2014 are $10.6 trillion over 75 years and $24.9 trillion over the infinite horizon;

Whereas the Federal debt held by the public is expected to increase by more than $7 trillion from 2014 to 2024 according to the Congressional Budget Office;

Whereas more than 16 percent of the entire Federal budget goes directly to States and local governments;

Whereas more than 22 percent of total State and local government general revenue comes from the Federal Government according to Census Bureau’s latest Annual Survey of State and Local Government Finance;

Whereas several State and local pension plans are expected to fully exhaust their funds within ten years.

Our goal is simple: To help you achieve personal liberty and financial prosperity no matter what happens.

2 thoughts on “Here’s Some Frightening Honesty, … Courtesy Of The US Congress”