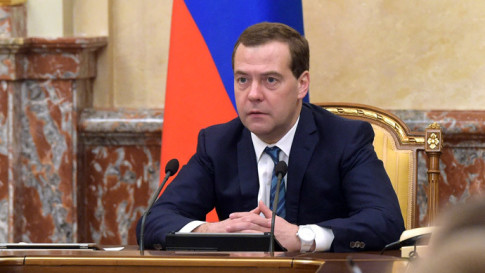 The final cost hasn’t yet been calculated but the official statement published Wednesday shows that as for now the Government is going to spend about $35 billion, which also includes the $15 billion (one trillion ruble) bailout for Russian banks agreed last year.

Last Friday, Russia’s Agency for Deposit Insurance approved a list of 27 lenders that’ll get the bailout money including VTB Group ($4.5 billion, which is around 310 billion rubles), Otkrytie group ($1 billion or 65.1 billion rubles) and Vnesheconombank (VEB) ($300 million or 20.4 billion rubles).

As part of the plan, Russia will also create a bank for ‘bad debt’ that’ll collect corporate debt and problematic company assets.

The overall cost is expected to be clarified by March 2015, after agreeing on the measures with deputies and members of the Federation Council.

The plan will support the main sectors of the domestic economy and provide for the fulfillment of international and social commitments.