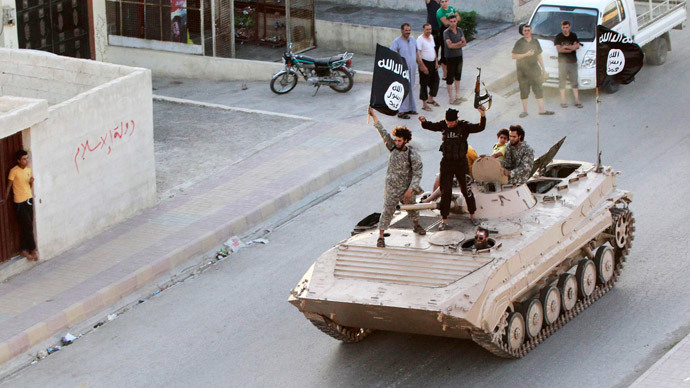 Defense Secretary Chuck Hagel is sending the first wave of about 100 US forces to the Middle East in the coming days to train and equip Syrian opposition fighters battling Islamic State militants.

The US troops, mostly special operations forces from the US Special Operations Command (SOCOM), will begin arriving in countries outside Syria in the next few days, Admiral John Kirby, the Pentagon press secretary, said on Friday.

“They’re going to … take a look at what’s there and prepare for further deployments,” according to Kirby, who last week said several hundred troops from foreign governments were also expected to train the Syrian fighters.

The total number of US troops connected to the mission is expected to reach over 1,000 in the weeks ahead, including about 400 trainers and several hundred support forces.

The exact location of the training sites hasn’t been revealed, but Turkey, Qatar and Saudi Arabia have offered to host facilities where American forces could train members of the Syrian opposition, ostensibly to battle elements of the Islamic State (IS, formerly ISIS/ISIL). However, given that the coalition governments have all proven their commitment to removing Syrian President Bashar Assad from power, some observers suspect an ulterior motive in the US-led plans.

In September last year, the United States, together with a loose coalition of Arab states, including Bahrain, Jordan, Qatar and Saudi Arabia, opened a bombing campaign in northern Syria against IS fighters. However, at the same time, the US has been reportedly arming members of the Syrian opposition, which has been engaged in a civil war against Assad’s forces.

US airstrikes have assisted Kurdish forces in their effort to liberate the Syrian town of Kobani near the Turkish border. Kirby told reporters that the Kurds now control about 70 percent of the town.

The Pentagon spokesman said Major General Michael Nagata had been appointed to oversee the training mission.

In addition to the 400 military specialists, so-called “enabling forces,” which are to serve as a security detail, will also accompany the trainers, Smith said.

The Pentagon, which said it plans to train 5,000 Syrian fighters a year for three years, foresees the first batch of US-trained rebels returning to Syria around the end of the year.