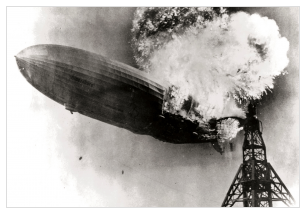 My argument is that it’s already ‘later’. We’re living through the period of time when that dawning recognition of limits will finally burst over the horizon, shining a very bright spotlight on a frightening number of our global society’s unsustainable practices.

The most urgent of them all, as far as everyone reading this is concerned, is the very uncomfortable fact that it is our system of money that is most likely to break first and hardest because its very design demands endless growth, without which collapse ensues.

As the China example illustrates, the prospect of endless economic growth is simply not a workable plan because resources are not infinite. Our global obsession with growth is the very definition of unsustainable. Someday reality is going to intrude and ruin the party and very few are actually prepared for that future.

A very big problem we all share is that the world’s central banks have been vigorously defending the status quo (of endless growth) and that means we all face a very bad period of adjustment when their efforts finally fail.

That moment of failure is coming closer and closer. Recent actions by central banks have exposed their increasingly desperate mindset and have even called into question the one thing that absolutely cannot ever be questioned: the ability of the central banks to deliver on the promise of endless growth.

Central bank credibility (as fictitious as that may be) is essential to maintaining the current narrative, BUT central banks are rapidly losing their credibility (which should have happened simply via deductive reasoning a long time ago) and the strains are showing. Their actions are increasingly wild and extreme (SNB, anyone?), and it’s our view that 2015- 2016 will mark the end of this long run of overly-ambitious central bankers and over-complacent markets.

When credibility in central bank omnipotence snaps, buckle up. Risk will get re-priced, markets will fall apart, losses will mount, and politicians will seek someone (anyone, dear God, but them) to blame.

1 thought on “When This Ends, Everybody Gets Hurt … And The End Is Uncomfortably Close”