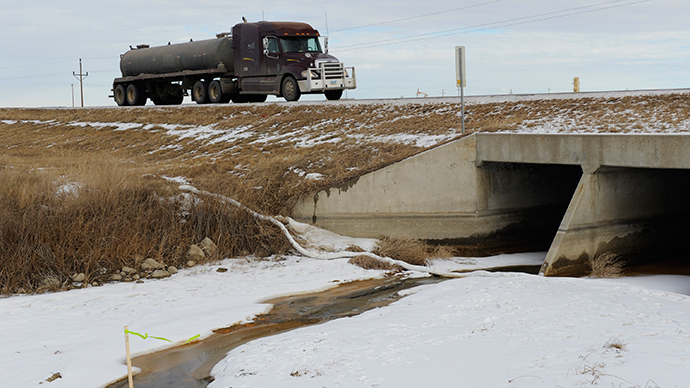 Nearly 3 million gallons of saltwater and an as yet unknown amount of crude oil have leaked from a northwest North Dakota pipeline into a creek that feeds into the Missouri River. Officials have called the leak the largest of its kind in state history.

The leak in the 4-inch saltwater collection line, owned by Summit Midstream Partners LP and operated by subsidiary Meadowlark Midstream Co., was discovered earlier this month and was reported to the state on January 7, according to Reuters.

The pipeline, about 15 miles north of Williston, will be out of commission for an undetermined amount of time, Summit said.

Although Williston residents receive drinking water that comes from the Missouri River, the leak does not threaten supplies, according to the North Dakota Department of Health. However, the city has the ability to shut off collection valves to avoid harmful water, Reuters reported.