Day after day, mainstream media proclaimed December the month to be in stocks: seasonals, Santa Claus rally, and performance-chasing funds would ‘guarantee’ upside. For Owen Li, former Raj Rajaratnam’s Galleon Group trader, and the clients of his Canarsie Capital hedge fund, December 2014 will never be forgotten. According to CNBC,from around $100 million in AUM in March 2014, Li told investors in a letter, the fund had lost all but $200,000 and he was “truly sorry,” for “acting overzealously” in the last 3 weeks.

A hedge fund manager told clients he is “truly sorry” for losing virtually all their money.

Owen Li, the founder of Canarsie Capital in New York, said Tuesday that he had lost all but $200,000 of the firm’s capital—down from the roughly $100 million it ran as of late March 2014.

“I take responsibility for this terrible outcome,” Li wrote in a letter to investors obtained by CNBC.com

“My only hope is that you understand that I acted in an attempt—however misguided—to generate higher returns for the fund and its investors. But even so, I acted overzealously, causing you devastating losses for which there is no excuse,” he added.

Li said in the letter that he made a series of “aggressive transactions” over the last three weeks to make up for poor returns in December. He said he bet on stock price options, predicated on the broader market rising. But stock indexes instead fell, causing the huge losses along with several undisclosed direct investments, according to the note.

Li is a former trader at Raj Rajaratnam’s Galleon Group, which collapsed amid insider trading charges.

Li’s lieutenant at Canarsie is Ken deRegt, who joined in 2013 after having retiring as the global head of fixed income sales and trading at Morgan Stanley. 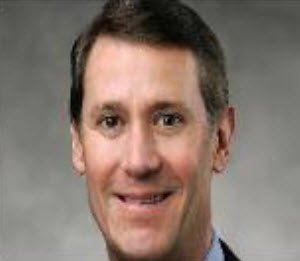 To Mr. Li’s less than sophisticated investors we have a short clip summarizing what just happened:

As for Mr. Li, we look forward to his next “hedge” fund reincarnation so that we too can give him some of our money to manage because it really is not easy to find someone who can blow through $100 million in less than a year. And who knows: if someone is willing to fund a guy that dumb and that clueless, next time he actually is due to hit it out of the ballpark.

2 thoughts on “Hedge Fund Manager Loses 99.8% In 9 Months, Tells Investors He Is “Sorry” For “Overzealousness””