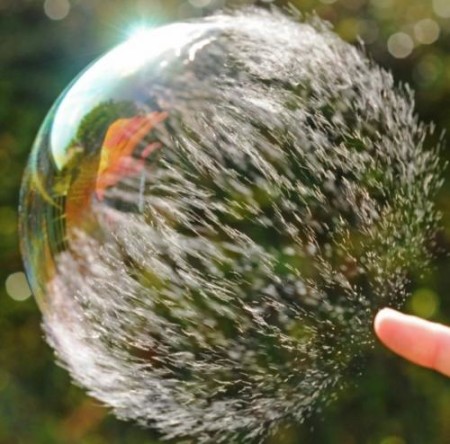 The big story in the world is the bond bubble.

For over 30 years, sovereign nations, particularly in the West have been buying votes by offering social payments in the form of welfare, Medicare, social security, and the like.

The ridiculousness of this should not be lost on anyone. Politicians, in order to be elected, promise to allocate taxpayer funds on social programs that will benefit said taxpayers down the road (we’re simply talking about social spending, not infrastructure or other costs.

The concept that taxpayers might simply just keep the money to begin with never enters the equation. And because everyone believes that they are somehow spending someone else’s money, they play along.

When you believe that you are spending someone else’s money, it’s very easy to write a blank check, which is precisely what Western nations have been doing for years, promising everyone a safe and secure retirement without ever bothering to see where the money would come from.

When actual bills came due to fund this stuff, Governments quickly discovered that current tax revenues couldn’t cover it… so they issued sovereign debt to make up the difference.

And so the bond bubble was created.

The large banks, that have a monopoly on managing sovereign debt auctions, were only too happy to play along with this. The reasons are as follows:

Since it was rarely if ever a problem to issue sovereign debt, Governments kept promising future payments that they didn’t have until we reach today: the point at which most Western nations are sporting Debt to GDP ratios well north of 300% when you consider unfunded liabilities (the social spending programs mentioned earlier).

Now, cutting social spending is usually considered political suicide (after all, the voters put you in office in the first place based on you promising to pay them welfare payments down the road). So rather than default on the social contract made with voters, the political class will simply push to issue MORE debt to finance old debt that is coming due.

The US did precisely this in the fourth quarter of 2014, issuing over $1 trillion in new debt simply to pay back old debt that was coming due.

This is how the bond market becomes a bubble. Between 2000 and today, the global bond market has nearly TRIPLED in size. Today, it’s north of $100 trillion in size. And it’s backstopping over $555 trillion in derivatives trades.

There is literally no easy fix to any of this. The pain will be severe. And so everyone in charge of the important decisions (the political elite, the big banks, and the Central Banks) will push this as far as it can possibly go before taking the inevitable hit.

The fact that Central banks are now openly cutting interest rates to NEGATIVE should tell you how far along we are in terms of funding problems (at these rates, bond holders are PAYING the Government for the right to own bonds). From a baseball analogy we’re in the late 8th, possibly early 9th inning.  When the game ends, the entire mess will collapse. And it will make 2008 look like a joke.

If you’ve yet to take action to prepare for the second round of the financial crisis, we offer a FREE investment report Financial Crisis “Round Two” Survival Guide that outlines easy, simple to follow strategies you can use to not only protect your portfolio from a market downturn, but actually produce profits.

You can pick up a FREE copy at: