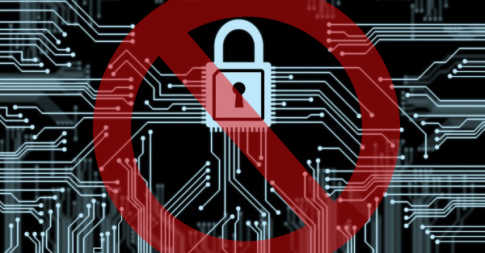 Well at least someone finally had the candor to just come out and say it.

In the wake of recent terror attacks in Europe, British Prime Minister David Cameron has called for an end to secure communications technology.

In other words, he wants to ensure that you will never again be able to use encryption technology to maintain privacy.

Nothing should be safe from government’s prying eyes. Nothing.

This is the same sad cycle repeating itself yet again: something terrible happens, and government reacts by awarding themselves even more power and taking away even more freedom.

Prime Minister Cameron’s remarks came in a press conference in which he stated:

“The simple principle is this: do we want to allow a means of communications between people which, even in extremis, with a signed warrant from the home secretary personally, that we cannot read?”

“And my answer to that is, no, we must not. The first duty of any government is to keep out country and our people safe. . . The powers that I believe we need, whether on communications data or on the content of communications, I’m very comfortable that those are absolutely right for a modern, liberal democracy.”

Cameron’s statement starts with a very fundamental premise that is repeated by politicians around the world (especially in the Land of the Free): ‘the first duty of any government is to keep our people safe.’

No, actually it’s not.

Politicians say over and over again, and people believe it. It becomes axiomatic through repetition.

But in fact there’s absolutely no legal or moral basis for that assertion whatsoever.

In the United States, for example, the Preamble states very clearly that the Constitution was drafted for multiple reasons.

Sure, one of those reasons is provide for the common defense. But there are several others, including to “secure the blessing of our liberty to ourselves and our posterity.”

Nowhere does it say… anywhere… that ‘homeland security’ is far and away the most important duty of government.

What’s really interesting is that national defense and security are mentioned a grand total of… TWO times… in the entire body of the Constitution.

The first comes in Article I, and it’s a scant mention:

“The Congress shall have Power To lay and collect Taxes, Duties, Imposts and Excises, to pay the Debts and provide for the common Defence. . .”

The only other time it’s brought up is in a little corner of the Constitution called the Second Amendment:

“A well regulated Militia, being necessary to the security of a free State, the right of the people to keep and bear Arms, shall not be infringed.”

It turns out that security is not the responsibility of the government… but rather the right of the people to have the opportunity to protect themselves. Hmmm.

Back in the UK, it’s a bit more complicated.

There really is no British Constitution… rather a series of laws and statutes that go back to the iconic Magna Carta from eight centuries ago.

What’s interesting is that out of any of these documents, from the 1689 Bill of Rights to the Terrorism Act of 2000, there is no such assertion that the government’s primary responsibility is to protect its citizens.

Conversely, there’s a hell of a lot of language about government’s duty to safeguard civil liberties.

Yes there are bad people in the world who, from time to time, do horrible things. That’s life.

But a little bit of anxiety is a small price to pay for freedom… especially when governments present a far greater threat to your security and livelihood than extremists.

Besides– did you ever notice how this seems to only work in one direction?

Acts of love, generosity, and compassion occur on a daily basis.

Yet they do not relax gun control laws every time a firearm is used safely and responsibly.

They do not increase our freedoms whenever a complete stranger gives up a kidney to save a child’s life.

But once in a blue moon, a bad guy blows something up and they take away our freedom.

This is ironic, because, whenever this occurs, politicians frantically rush to tell us that we should not judge Islam by the isolated acts of a few.

But in taking away everyone’s freedom and treating us all like criminal terrorist suspects, why are they effectively judging all of humanity because of the isolated acts of a few?

Funny how that works. 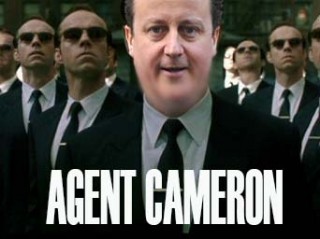