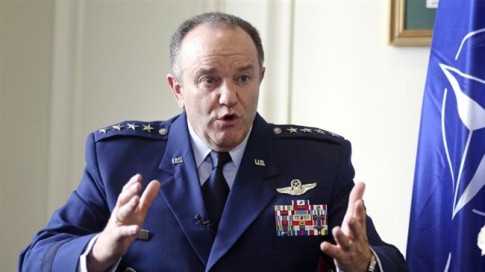 The top military commander of the North Atlantic Treaty Organization (NATO) says the military alliance is planning to increase its military exercises in the Baltic Sea region.

On Tuesday, General Philip Breedlove made the announcement during a visit in northwestern Poland.

He added that the decision was made in response to a rise in Russian military maneuvers in the region late last year.

“There will be several adaptations of our exercise program. The first series of changes will not be an increase in number but they will be to group them together … to better prepare our forces and to allow nations to work together as a NATO force, but we are looking at increasing some exercises.”

The NATO commander further accused Moscow of hurting prospects of talks with Kiev, saying it was continuing to support pro-Russia forces in eastern Ukraine.

Ukraine’s mainly Russian-speaking regions of Donetsk and Lugansk in the east have witnessed deadly clashes between pro-Russia forces and the Ukrainian army since Kiev launched military operations to silence pro-Russia protests in mid-April 2014. More than 4,700 people have been killed in the fighting so far.

Kiev and its Western allies accuse neighboring Russia of having a hand in the chaotic situation in eastern Ukraine. Russia has frequently denied the accusation.