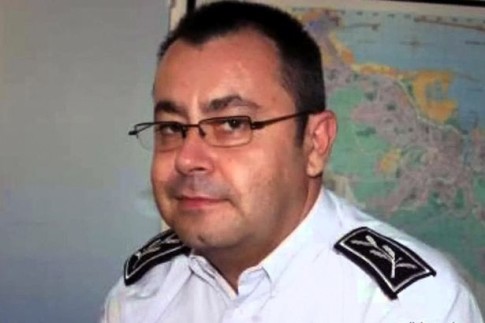 His body was found by a colleague at 1am on Thursday, hours after the terror attack at the satirical magazine’s office which left 12 people dead.

It has been reported that shortly before committing suicide Commissioner Fredou had met with the family of one of the victims of the Charlie Hebdo attack massacre.

Speaking to Mirror Online, the Union of Commissioners of the National Police confirmed Mr Fredou had committed suicide.

In a statement released after his death, a spokesman for the union said: “It is with great sadness that we were informed this morning of the death of our colleague Helric Fredou, assigned as Deputy Director of the Regional Service Judicial Police in Limoges.

“On this particular day of national mourning, police commissioners are hit hard by the tragic death of one of their own.

“The Union of Commissioners of the National Police would like to present its most sincere condolences to the relatives of Helric.

“In these difficult times, we have a special thought for all his colleagues.”

Mr Fredou – who was single and had no children – began his career as a police officer in 1997, working in Versailles.

He eventually returned to his home town of Limoges and in 2012 became deputy director of the regional police service.

French media reports suggest he was depressed and was suffering from burnout.

The attack left 12 people dead. On Friday, the pair were shot dead by police after taking a man hostage at a family-run printing press in Dammartin-en-Goele .

In a separate incident on Friday, Amedy Coulibaly, 32, took about 15 people hostage in a Paris supermarket.

Four hostages were killed in the incident along with Coulibaly.