On the cover: the Prophet Mohammed holding the now iconic “I Am Charlie” sign, with “All is forgiven” written in the background. 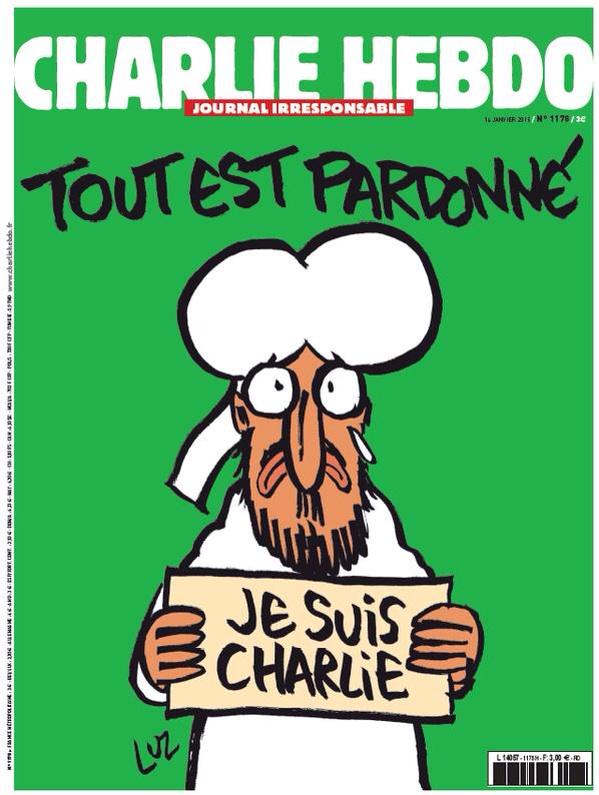 There will “obviously” be Muhammad cartoons in the next edition of Charlie Hebdo, the magazine’s lawyer has announced.

“We will not give up, otherwise all of this will not have any sense,” Charlie Hebdo’s lawyer, Richard Malka, said in an interview to France Info radio. “The spirit of Charlie is the right to blasphemy,” he added.

One of Charlie Hebdo’s cartoonists, Luz, gave an assurance that those who survived the tragedy were busy working on a new edition.