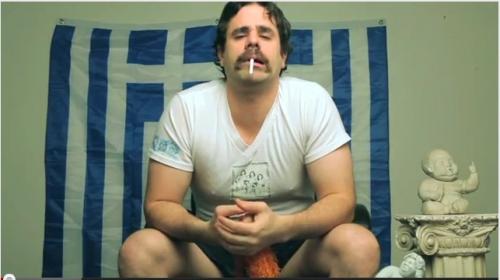 In what appears to be a desperate attempt to boost confidence in a failing financial system taken right out of the 2011/2012 playbook, over the weekend the National Bank of Greece had its latest “subprime is contained” moment and loudly announced that “the situation with deposit outflows from the country was under control” as it tried to reassure markets ahead of a Jan. 25 snap election, reports Kathimerini.

Why the urge to frontrun concerns of bank runs? Simple: the Greek media reported that there have been significant deposit outflows in recent days due to political uncertainty two weeks ahead of early elections.

Opinion polls show that the radical leftist Syriza party maintains its lead over the ruling conservatives.

“After reports about deposit outflows from the country’s banks, the Bank of Greece notes that the situation is under full control,” the central bank said in a statement.

“The Bank of Greece along with the European Central Bank are monitoring closely the developments and intervene whenever this is necessary,” it said.

Of course, one doesn’t need three official denials – one should suffice – to know that things are serious and the National Bank of Greece has to lie. In fact, expect things to get a lot more serious in the next two weeks, especially if Syriza’s lead in polling widens from the current 3-6% lead over New Democracy as reported by various polling agencies.

However, while there will be no official confirmation whether Greece did or did not have a bank run for months, unless of course some bank keels over and dies in the interim, one thing is certain: with an increasing probability they may not have a “continuity-promoting” government in less than two weeks, Greeks tax remittances to the government, which were almost non-existent to begin with, have ground to a halt!

According to a second Kathimerini report, budget revenues have slumped over the last few days as a result of the upcoming elections and taxpayers’ uncertainty about the future.

The Finance Ministry has recorded a remarkable slowdown in applications for settlement of debts to the state through the 100-installment program, as well as a reduction in revenues from the single property tax (ENFIA), while the payment of arrears to social security funds appears to have stalled.

It appears taxpayers everywhere are learning from the best: their insolvent governments. In this case, Greek (non) taxpayers have decided to slow down their mandatory remittances to the government even more because the government may just not exist in two short weeks:

Most taxpayers have chosen to delay their payments, given that the positions of the two main parties leading the election polls are diametrically opposite: Poll leader SYRIZA promises to cancel the ENFIA and even write off bad loans, while ruling New Democracy acknowledges the difficulties but is avoiding raising issues that would generate problems and fiscal consequences.

The dwindling state revenues will not only hamper the next government’s fiscal moves, but, given that the fiscal gap will expand, also negotiations with the country’s creditors. The Finance Ministry will have to make plans for new measures and make sure that salaries, pensions and operating expenses are covered, especially in case the creditors do not pay the bailout installments which are already overdue.

Speaking to Kathimerini, a top ministry official confirmed the major slowdown in the rate of applications for debt settlement, and referred to post-election consequences from the shortfall in state revenues. The tax collection mechanism appears to be largely out of action while expired debts are swelling due to taxpayers’ wait-and-see tactics and the reduction in inspections. The same official pointed out that it is normal for revenues to lag during election periods, adding that this time there is no scope for shortfalls.

And since the current Greek government largely operates on behalf of unelected Brussels eurocrats, we applaud this action by the Greeks to finally take matters into their own hands. Perhaps what is more confusing is that Greeks were actually paying any taxes in the past 5 years.

Pulling no punches and as irreverent as we can imagine, Mr. Panos – the Greek ‘Borat’ – explains (with a somewhat shocking sense of reality) just what the European crisis – most specifically the Greek ‘angle’ – is all about. From taxes, tourists, shadow economies, war retribution, and german-union realities –  after watching this clip, everything about Greece will be henceforth clear…except perhaps whether Greece has higher exports of Potassium than Kazakhstan. Enjoy.