Another month, another attempt by the BLS to mask the collapse in the US labor force with a goalseeked seasonally-adjusted surge in waiter, bartender and other low-paying jobs. Case in point: after a modest rebound by 0.1% in November, the labor participation rate just slid once more, dropping to 62.7%, or the lowest print since December 1977. This happened because the number of Americans not in the labor forced soared by 451,000 in December, far outpacing the 111,000 jobs added according to the Household Survey, and is the primary reason why the number of uenmployed Americans dropped by 383,000. 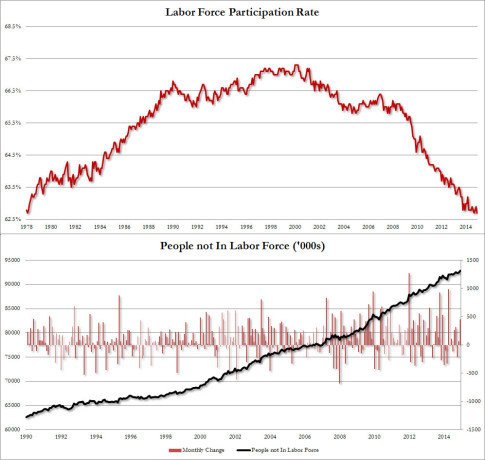 And another chart that will not be mentioned anywhere: the Civilian Employment to Population Ratio: at 59.2%, it is now unchanged for 4 months in a row. 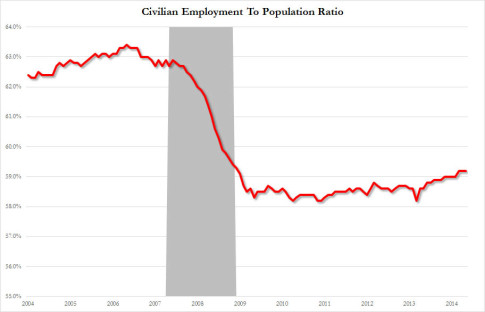