And there are many Zionists walking among us:

“If you’re going to do a job, do it properly.
Once again, like the 7/7 bombings, 911, Sandy Hook, Oklahoma City etc, the French attack doesn’t stand up to much scrutiny.
Was it a False Flag?????

Try this & decide for yourself….” 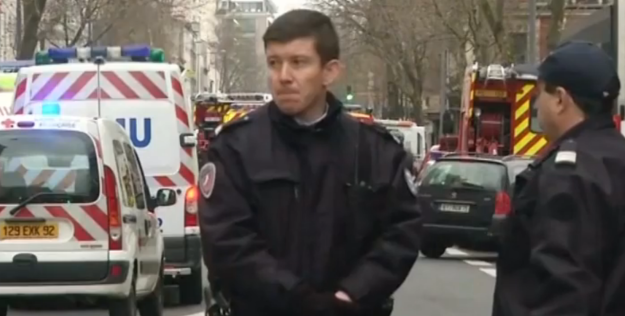 As if there wasn’t enough ‘Clouseau-ism’ after France’s inane Charlie Hebdo shooting hoax, now, these arch-Zionists dig deeper into their playbook, launching the street cleaner and female police person shooting hoax. Are they attempting to get France’s Muslim community so riled up that they will actually commit such crimes? Surely, it is an attempt at provocation. ‘Can’t we get the Muslim community to be so enraged that they will react and maybe commit a copy-cat crime of this arch-phony?’ In other words, ‘can’t we provoke them, despite what their holy book teaches them, to go crazy and start killing innocent people, like police officers, street cleaners, and others?

All those terrifying (though fake) scenes of supposedly wild-eyed Muslims going ballistic and shooting unarmed people, surely this will influence the Muslim youth, the Arab-Islamic street, and cause people to react violent and commit acts of revenge: or at least that is the hopes. Fakes can only be upheld for so long.

Drive them out of their minds, that’s what we’ll do, so they will at the first opportunity join us, like fighting our Zionist inspire plot to topple Syria’s president Bashar al-Assad.