“Facts mean nothing to Dr. Holdren and even less to the President.” – Alan Caruba 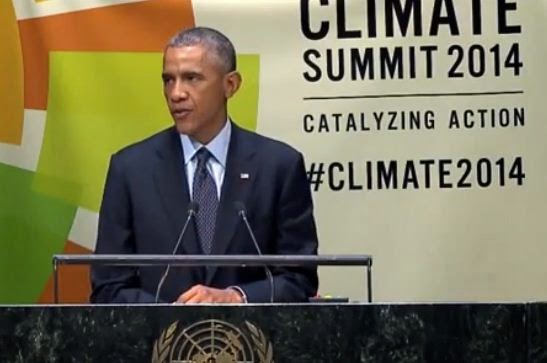 As January 2014 arrived with a blast of cold air ominously dubbed the “polar vortex”, the White House released a video in which the Chief Science Advisor to President Obama, Dr. John Holdren, managed to get on both sides of it, declaring the “extreme cold” to be “a pattern that we expect to see with increasing frequency as global warming continues.” How the Earth is getting both colder and warmer at the same time defies reality, but that is of little concern to Dr. Holdren and, indeed, the entire global warming—now called climate change–hoax.

Earlier, in November 2013, the White House made Dr. Holdren available to social media saying he would answer “any questions that you have about climate change…”  As noted by Jim Lakely, Communications Director of The Heartland Institute, the invitation welcomed questions “but only if they conform to the notion that human activity is causing a climate crisis, and restricting human activity by government direction can ‘fight it.’” The answers would have to wait “because the White House social media experts are having a hard time sifting through the wreckage of their ill-conceived campaign and finding the very few that conform to Holdren’s alarmist point of view.”

Sadly, in addition to the United Nations where the hoax originated and any number of world leaders including our President and Secretary of State, Pope Francis has announced that he too believes the Earth is warming. Someone should tell him that it has been in a natural cooling cycle going on twenty years at this point! 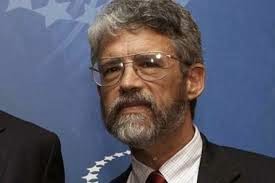 Of course, such facts mean nothing to Dr. Holdren and even less to the President. That is why we are likely to not only hear more about climate change from him, but also discover that the White House intends the last two years of Obama’s term in office to be an all-out effort to impose restrictions and find reasons to throw money at the hoax. Dr. Holdren was no doubt a major contributor to the White House Office of Science and Technology Policy initiative announced on December 3rd.

This “Climate Action Plan” called the “Climate Education and Literacy Initiative” is primarily directed at spreading the hoax in the nation’s classrooms and via various government entities as the National Park Service so they can preach it to the 270 million people who visit the nation’s 401 parks each year. The National Oceanic and Atmospheric Administration will sponsor five regional workshops for educators and the National Aeronautics and Space Administration, along with the American Geosciences Institute and the National Center for Science Education will launch four videos likely to be shown in schools.

Joining the White House will be the Alliance for Climate Education, the American Meteorological Society, the Earth Day Network, Green Schools Alliance, and others. It adds up to a massive climate change propaganda campaign, largely paid for with taxpayer funding.

The “science” that will be put forward will be as unremittingly bogus as we have been hearing and reading since the late 1980s when the global warming hoax was launched.

When Dr. Holdren faced a 2009 confirmation hearing, he moved away from his early doomsday views on climate change, population growth, and the possibilities of nuclear war. Though warned by William Yeatman of the Competitive Enterprise Institute that Dr. Holdren had “a 40-year record of outlandish scientific assertions, consistently wrong predictions, and dangerous public policy choices” that made him “unfit to serve as the White House Science Advisor”, the committee voted unanimously to confirm him. They should have read some of his published views.

Regrettably Congress generally goes along with the climate change hoax. Dr. Holdren noted that “Global change research (did) well in the 2013 budget. One can look at that as a reaffirmation of our commitment to addressing the climate change challenge. There’s $2.6 billion in the budget for the United States Global Change Research Program.”

In June 2014, Ron Arnold, the executive vice president of the Center for the Defense of Free Enterprise and Washington Examiner columnist, noted that Dr. Holdren has long held the view that the U.S. should “de-develop” its “over-developed” economy.

That likely explains the Obama administration’s attack on the use of coal, particularly in utilities that use it to generate electricity. In the six years since the policy has been pursued by the EPA, coal-fired utilities have been reduced from providing fifty percent of the nation’s electricity to forty percent. Less energy means less investment in new business and industrial manufacturing, less jobs, and less safety for all of us who depend on electricity in countless ways.

Arnold reported that “Holdren wrote his de-development manifesto with Paul and Anne Ehrlich, the scaremongering authors of the Sierra Club book, ‘The Population Bomb.’” Aside from the fact that every prediction in the book has since proven to be wrong, it was clear then and now that Dr. Holdren is no fan of the human population of the planet. Like most deeply committed environmentalists, it is an article of faith that the planet’s problems are all the result of human activity, including its weather.

In December 2014, Dr. Holdren expressed the view that worldwide carbon dioxide emissions should be reduced to “close to zero”, adding “That will not be easy.”  This reflected the deal President Obama agreed to with China, but carbon dioxide plays no discernable role whatever in “global warming” (which isn’t happening) and is, in fact, a gas essential to all life on Earth, but particularly for all vegetation that is dependent on it for growth.

Dr. Holdren’s continued presence as the chief Science Advisor to the President encourages Obama to repeat all the tired claims and falsehoods of global warming and climate change. It is obscene that his administration devotes billions of dollars and countless hours to spreading a hoax that is an offense to the alleged “science” it cites.

The North and South Poles are not melting. The polar bear population is growing. The seas are not dramatically rising. Et cetera!

One can only hope that a Republican-controlled Congress will do what it can to significantly reduce the money being wasted and reverse the EPA war on coal and the utilities that use it to produce the energy the nation requires.

For now, Dr. Holdren will continue to use his influence in ways that confound and refute the known facts of climate science. How does it feel to be the enemy of an environment that Dr. Holdren and others regard as more important than human life?