– How to increase your risk of dying? Take a statin drug: 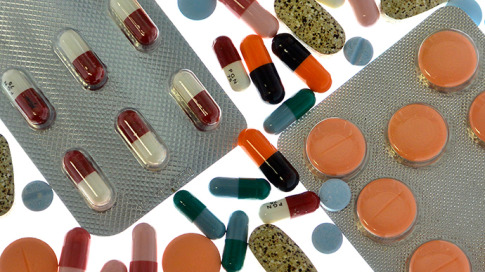 According to the HSCIC, 50 percent of women and 43 percent of men are taking specialised drugs to combat physical and mental illnesses, with cholesterol-lowering statins and anti-depressants being among the most common drugs taken by Brits.

According to the HSE report, doctors issued on average 18.7 prescriptions per person in England during 2013, costing the NHS more than £15bn per year.

While the report does not count issuing of contraceptives and anti-smoking medication, nearly a third of the prescriptions were related to regulating blood pressure, with more than 65 million being issued in one year alone.

Additionally, more than one in 10 women said they were taking medication to do with mental health issues, with 17 percent of women from low income backgrounds taking anti-depressants, compared to 7 percent of women in higher income brackets.

“It’s well known that rates of depression are much higher among women than men, so I am not surprised to see that antidepressant use follows the same pattern in this study,” Dr Sarah Jackson, a professor at University College London told the BBC.

“People with depression are less likely to be in regular employment, and people who are unemployed or in low paid jobs are more likely to have depression.”

The paper also found that overweight and obese people were more likely to need prescription medication, while more than half of people who were ‘severely obese’ took at least one prescribed drugs, and a third took at least three types of special medication.

Commenting on these findings, Sue Faulding, a pharmacist and programmes manager at the HSCIC said: “Obesity is often associated with high cholesterol, high blood pressure, joint pain and depression.”

“Lifestyle changes are always recommended in the first instance, but medicines can help to address the symptoms and this study shows that medicine use increases steadily with body mass index,” she added.

Earlier this week, the Medicines and Healthcare Products Regulatory Agency warned that a record number of Britons were purchasing illicit medication through social media channels, and that the UK had become a ‘phenomenal market’ for selling these types of medication.

According to the MHRA, thousands of sexual enhancement chemicals, sleeping pills and weight loss medication was being sold through the black market, with the UK among the most lucrative countries for distributors.