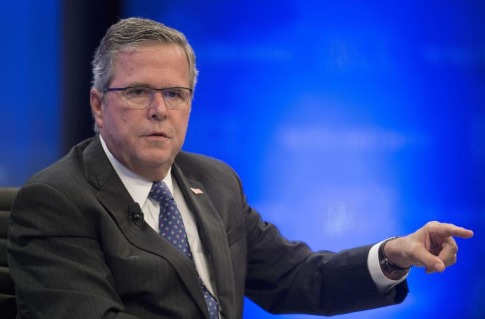 Former Florida Gov. Jeb Bush has resigned all of his corporate and non-profit board memberships, his office announced Wednesday. The move is seen as a precursor to a likely 2016 presidential bid.

Former Florida Gov. Jeb Bush’s office announced Wednesday that he has resigned from all of his corporate and nonprofit board memberships, effective Dec. 31, ahead of what seems like an increasingly likely presidential bid in 2016.

The disclosure, which came in an email from a Bush aide to the Washington Post, also revealed that Bush is reviewing his involvement in other businesses in which he is a principal or part owner, including consulting firm Jeb Bush & Associates, and Britton Hill Partnership, a business advisory group.

Spokesperson Kristy Campbell told The Associated Press that Bush’s review of his business interests is “a natural next step as he turns his focus to gauging whether there is support for a potential candidacy.”

The move comes after Bush announced earlier this month that he was “actively exploring” a bid for the presidency, and that he would be forming a leadership PAC in January 2015. Bush had announced that he was stepping down from roles with other organizations, including Barclays Plc. and Tenet Healthcare earlier this week.

Bush’s moves to divest himself of his numerous business interests are seen as a preemptive move to head off the sort of criticism that the 2012 Republican presidential candidate Mitt Romney faced over his involvement with Bain Capital, which was portrayed by critics, including Texas Gov. Rick Perry, as “vultures” that prey upon sick companies and “leave the skeleton” behind, according to ABC News.

Criticisms of Romney’s record in business were widely seen as being effective in the 2012 campaign, which he went on to lose to President Barack Obama.

In addition to possible attacks on his business record from Democrats, Bush’s burgeoning presidential campaign has already had to endure some attacks from his fellow conservatives. Bush has refused to sign lobbyist and anti-tax campaigner Grover Norquist’s pledge not to raise taxes, prompting him to ask: “I think at some point you need to ask Jeb Bush what taxes do you plan to raise.”

A CNN/ORC poll, the results of which were announced Monday, suggested that if Bush faced off against Democratic frontrunner Hilary Clinton, she would defeat him by a wide margin.