It seems like it was only yesterday when we reported that, in yet another sleight of hand for the US Treasury and Social Security Administration, US debt rose by $32 billion on the last day of November sending total US debt above $18 trillion for the first time ever.  As we further noted, it also meant “that total US debt has increased by 70% under Obama, from $10.625 trillion on January 21, 2009 to $18.005 trillion most recently.”

Fast forward to today when we are happy to report that according to the US Treasury, America’s debt-funded spending spree, while supposedly slowing down if looking at the declining monthly budget deficit report, never actually has. 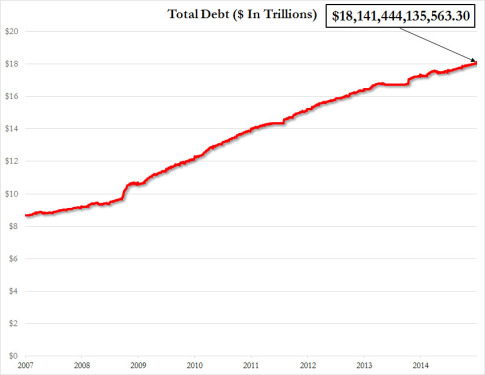