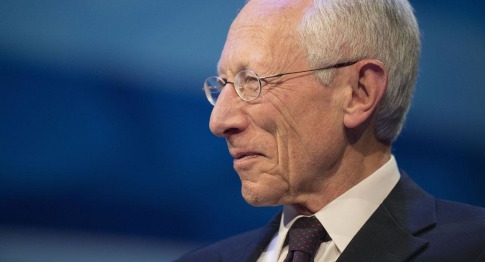 Fed Chair Janet Yellen pushed for him to be her No. 2 in a move that was viewed as a show of confidence and strength as she prepares to lead the Fed through one of it most challenging periods, managing the wind down of massive stimulus programs put in place following the financial crisis.

The pairing was dubbed a central banking “dream team” by Fed watchers.

In his first six months on the job, Fischer has rewarded Yellen’s confidence by helping communicate the Fed’s policy moves to nervous financial markets while publicly defending the central bank against a growing chorus of critics. To many on Wall Street he helped alleviate worries about the lack of direct financial market involvement on her résumé.

In the coming year, his ability to help Yellen and the Fed keep the economy humming and Wall Street calm while also dealing with pressure from emboldened congressional skeptics will be pivotal to the success of the central bank’s policy decisions and to how much of its cherished political independence can be maintained.

“I see him as potentially a very helpful adjunct to the chair,” said Donald Kohn, a senior fellow at the Brookings Institution and a former Fed vice chairman. “I think because of his prominence and because of his experience, particularly in the international arena, he might be more noticeable than past vice chairmen.”

Fischer, 71, is expected to play a big role as a chief defender of the Fed, which faces intense scrutiny in the coming year from a Republican-controlled Congress as well as high-profile progressive Democrats, such as Sen. Elizabeth Warren of Massachusetts.

While Yellen must strike a careful balance when it comes to Congress, Fischer will be freer to push back against attacks from Capitol Hill.