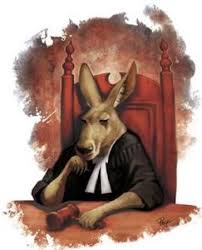 Late Friday, a federal judge dismissed a civil claim filed against George W. Bush and other high-ranking officials regarding their conduct in planning and waging the Iraq War, and immunized them from further proceedings.

“This is an early Christmas present to former Bush Administration officials from the federal court,” Inder Comar of Comar Law said. Comar brought the claim on behalf of an Iraqi refugee and single mother, Sundus Shaker Saleh. “This was a serious attempt to hold US leaders accountable under laws set down at the Nuremberg Trials in 1946. I am very disappointed at the outcome.”

The case alleged that George W. Bush, Richard Cheney, Colin Powell, Condoleezza Rice, Donald Rumsfeld and Paul Wolfowitz committed aggression in planning and waging the Iraq War. Specifically, the lawsuit claimed that high-ranking Bush officials used the fear of 9/11 to mislead the American public into supporting a war against Iraq, and that they issued knowingly false statements that Iraq was in league with Al-Qaeda and had weapons of mass destruction, when none of those things were true.

“The decision guts Nuremberg,” Comar said. “Nuremberg said that domestic immunity was no defense to a claim of international aggression. This Court has said the opposite.”

Comar, a corporate attorney based out of Impact Hub San Francisco, primarily works with startups and venture funds. He took the case pro bono after learning about the plight of Iraqi refugees displaced through the Iraq War. Comar connected with Saleh through mutual colleagues in San Francisco.

Comar filed the initial complaint on March 13, 2013. While Comar recognizes the year-and-a-half-long effort was a long-shot, he remains steadfast. “The plaintiff will consider all her options, including an appeal. Judicial inquiry into possible wrong-doing that led to the Iraq War is warranted.”

In August 2013, Obama’s Department of Justice requested that the lawsuit be dismissed pursuant to the Westfall Act, a federal law that immunizes any government official from a civil lawsuit if that official was acting “within the scope of his office or employment.” Judge Jon S. Tigar, an Obama appointee, ruled that the defendants were shielded by the Westfall Act regardless of the allegations made in the Complaint.