“Looking at the destruction Morgan Stanley wrought on the mortgage market, and the crooked judges are looking for a “settlement” early next year. No word about the millions who suffered as a result of their policies, not just those who bought the homes, but all of us who suffered from radical drop in property values as a result of mass foreclosures around us.” 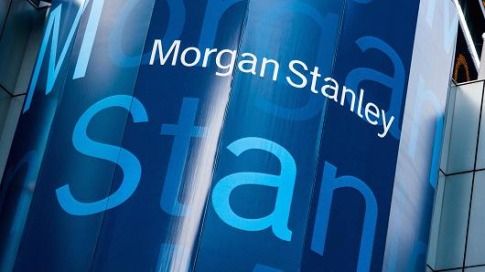 Since the financial crisis, Wall Street firms have argued that they were victims, just like everybody else, of the bad mortgages that were churned out by subprime lenders like Countrywide and New Century.

Now, though, a trove of emails and confidential documents, filed in court, reveal the extent to which one of Wall Street’s leading banks, Morgan Stanley, actively influenced New Century’s push into riskier and more onerous mortgages, and brushed aside questions about the ability of homeowners to make the payments.

“Morgan Stanley is involved in almost every strategic decision that New Century makes in securitized products,” a Morgan Stanley internal report from late 2004 said, referring to the loans the bank packaged into mortgage bonds.

The Justice Department is currently examining the relationship between New Century and Morgan Stanley, and the bank’s sale of mortgage securities in the run-up to the financial crisis, according to a person briefed on the matter. After winning tens of billions of dollars from other banks, the Justice Department has turned its focus to Morgan Stanley, and is aiming to reach a settlement early next year, according to the person.

The new documents and emails, from 2004 to 2007, were recently filed in connection with a lawsuit and are not related to the Justice Department case. But they provide an inside picture of the process through which Morgan Stanley pushed New Century to issue more mortgages with burdensome conditions that would be lucrative for Morgan Stanley — including loans with balloon payments, adjustable interest rates and prepayment penalties that made them harder to refinance.

The bank appears to have gained its influence, in part, because it was regularly the largest single buyer of subprime loans from New Century.

The documents indicate that Morgan Stanley employees were aware of the low credit quality — and occasionally joked about it — even as they continued to snap up loans from New Century. A top due diligence executive at Morgan Stanley, Pamela Barrow, wrote to a colleague in 2006 sarcastically describing the “first payment defaulting straw buyin’ house-swappin first time wanna be home buyers.”

“We should call all their mommas,” Ms. Barrow added in the email. “Betcha that would get some of them good old boys to pay that house bill.”

Morgan Stanley would not comment on the Justice Department negotiations. But in court filings, the company said that “there is no evidence — not a single document or testimony by any witness” that Morgan Stanley” orchestrated, dictated or otherwise controlled New Century’s lending or underwriting practices.

The bank has said that it was competing for New Century loans with several other banks and did not have any special leverage with the lender. Some of the documents filed in the case suggest that Morgan Stanley was stricter than other Wall Street banks in determining which loans it would accept, causing tension with New Century at times.

A lawyer for Ms. Barrow, who no longer works at Morgan Stanley, did not respond to requests for comment.

It is no secret that Morgan Stanley and other Wall Street banks helped encourage the growth of the subprime mortgage market by buying loans to bundle into securities. But the banks have said they were generally passive buyers in this process, and got hurt when the quality of the loans became clear. Morgan Stanley was almost brought down by its bad mortgage bets.

Still, the newly released documents suggest that Morgan Stanley’s trading desk in New York played an active role in guiding the types of loans that were being made in places like Florida and Detroit.

After a meeting in 2004 with the New Century’s management team, a top executive on Morgan Stanley’s trading desk, Craig S. Phillips, wrote that New Century was “extremely pleased with the ‘partnership’ with Morgan Stanley.”

Mr. Phillips noted that the lender wanted to “collaborate on ways Morgan Stanley/NEW can work together in diversifying their originations in terms of channel and credit quality.”

The documents were submitted as part of a class-action lawsuit against Morgan Stanley that was filed in Federal District Court in Manhattan in 2012 by the American Civil Liberties Union on behalf of several borrowers. The suit accuses Morgan Stanley of dictating New Century’s lending policies, which the A.C.L.U. has argued were discriminatory and led to harsher loan terms for minorities.

Morgan Stanley tried to stop the suit from going forward, and denied that it had controlled New Century’s policies and that New Century’s policies had been discriminatory. But a New York federal judge ruled last year that the case could go forward, and said that “these high-risk loans, as opposed to better loans or even no loan at all, caused plaintiffs a concrete injury.”

The documents show that Morgan Stanley’s relationship with New Century developed over many years. By 2005, 10 years after New Century was founded, Morgan Stanley reported internally that it had bought half of the loans the lender had originated since 2001 — about $42 billion.

The documents suggest that the primary way Morgan Stanley guided New Century was in contracts that spelled out the kinds of loans the bank was willing to buy in pools of mortgages. A 2006 term sheet said that the bank wanted a $1 billion pool to be at least 85 percent adjustable-rate mortgages, with at least 75 percent of the pool to include a prepayment penalty. And it dictated how many loans the bank wanted from various geographic regions.

An internal Morgan Stanley report also said that the bank got a ” ‘first and last’ look each month at any whole loan sales by New Century and in exchange Morgan Stanley provides balance sheet liquidity for New Century.”

Morgan Stanley’s purchases from New Century stopped for a period in 2005, but picked up again later in the year.

In October 2005, a lower-ranking due diligence officer at Morgan Stanley, Robert Travis, emailed the head of the trading desk in New York about the quality of the loans the bank’s trading desk was buying. In one case, Mr. Travis said he discovered that a borrower who claimed to make $12,000 a month at an unknown company actually worked at a “tarot reading house.”

“There is not a lot of ‘common sense’ being used when approving these types of loans,” he wrote.

Rather than showing any concern about the problem loans, Steven J. Shapiro, head of the trading desk, responded with a narrow focus on how to get the loans purchased and packaged into securities, increasing what was referred to as “pull through.”

The most urgent warnings came from another lower-ranking due diligence officer, Bernard Zahn, who wrote detailed emails to both Ms. Barrow and Mr. Shapiro explaining, in increasingly urgent terms, problems with the loans they had bought.

“It isn’t ‘just a couple of typos or ‘mistakes’ as it was suggested,” Mr. Zahn wrote. “The more we dig, the more we find.”

Ms. Barrow congratulated Mr. Zahn: “good find on the fraud :).” But rather than pursuing his findings, she immediately went on: “Unfortunately, I don’t think we will be able to utilize you or any other third party individual in the valuation department any longer.”

An expert report filed by the A.C.L.U., written by Patricia A. McCoy, a law professor at Boston College and former official at the Consumer Financial Protection Bureau, said that “all of this should have caused Morgan Stanley to ramp up due diligence or scale back purchases — but it did neither.”

Morgan Stanley has said in court documents that it did, in fact, reject more New Century loans over time.

But the bank remained an important backer of New Century to the bitter end. In March 2007, after other banks had withdrawn their credit lines from New Century, Morgan Stanley gave it $265 million in financing. Soon after that, Morgan Stanley withdrew the money. New Century filed for bankruptcy a few weeks later.