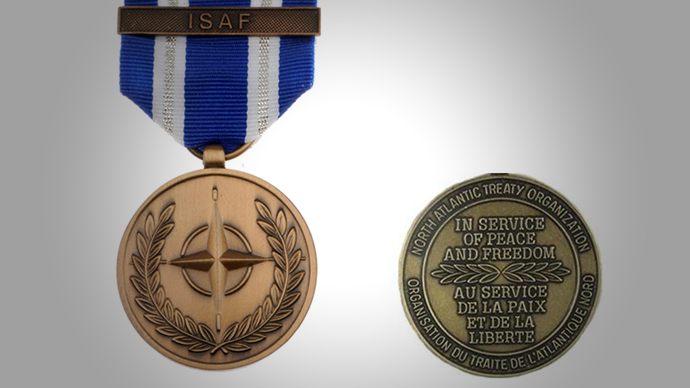 A former military doctor who participated in missions in Kosovo and Afghanistan has asked the Czech Defense Ministry to take back his NATO medals, calling the North Atlantic alliance a “criminal organization” with “atrocious interests.”

Lieutenant Colonel Marek Obrtel, former chief of the 11th Czech military hospital in Afghanistan, who also served in Kosovo and Bosnia-Herzegovina, wrote to the Czech Defense Ministry and government in an open letter.

Obrtel said he was giving back four NATO medals he received for his role in international peacekeeping missions as he was “deeply ashamed” of having served in the organization, “led by the US with its monstrous interests around the world.”

“I always performed the service the best I could, according to my belief that such operations cannot be left ‘half done,’” Obrtel wrote. “But even then, particularly in the context of the Kosovo conflict, I began to suspect that our path [military action under NATO’s auspices] is not right.”He said that “anyone who opposes any power interests of the US, even if defending identity, economy and sovereignty of their nation, must be ‘wiped off the map.’”

Obrtel explained he had an opportunity to talk with locals on his missions – in order to “analyze and assess the situation from all possible angles.” Those conversations convinced him of the “utter absurdity” of NATO’s steps and recent developments, which he called “a new Cold War.”