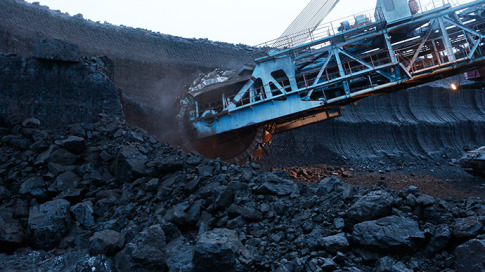 Russia will supply coal and electricity to Ukraine without prepayment, Vladimir Putin’s spokesman said. Ukraine is trying to cope with energy problems amid an ongoing crisis in the industrial east.

This proves the president’s political goodwill and support, “particularly before New Year,” said presidential spokesman Dmitry Peskov on Saturday, as quoted by TASS.

“Against all the odds as President Putin said earlier in the hard times he had never given up the consistent policy towards supporting the Ukrainian people and providing real and not eventual support, due to the critical energy situation Putin took a decision on such supplies regardless the absence of prepayment, which is the condition of making them,” he added.

Moscow will supply 500,000 tonnes of coal to Ukraine per month, according to Russian Vice-Premier Dmitry Kozak.

“If an additional corresponding agreement may be reached, we’re ready to supply another 500,000 tonnes, totally 1 million tonnes of coal, to Ukraine in order to help it solve energy problems,” Kozak told Rossiya24 TV channel.

He added that energy carriers will be supplied to Ukraine on easy terms. However, the amount of electricity planned to be transferred to Ukraine is unclear.

The decision comes in response to Ukraine’s request, he said. Previously, Ukraine’s President Petro Poroshenko ordered the Energy Ministry to discuss the supply issue with Russia.

Earlier on Saturday, the Ukrainian Regional Development Ministry said on its website that Kiev will begin receiving Russian coal without prepayment, citing the presidential press service. However, the ministry’s spokeswoman, Nadezhda Petruniak, later said that the website had been hacked and the ministry did not have any information about energy supplies from third countries.

Though Crimea joined Russia in March, it is still dependent on power supplies from Ukraine. It is suffering from supply disruptions due to a production deficit in Ukraine.

Ukraine is experiencing a shortage of gas and coal for public utilities such as heating and electricity. The gas shortage was prompted by Ukraine’s debt to Russia, while the lack of coal is related to military operations in the Donetsk Basin, which houses most of the country’s coal mines.