Following a reported “minor” accident three weeks ago, Ukraine’s Zaporizhia nuclear power plant, Europe’s largest and the 5th biggest in the world, was shutdown. The ‘glitch’ it appears has reoccurred as RT reports, one of the reactors at the Zaporizhia Nuclear Power Plant has automatically shut down. Causes are still being investigated. 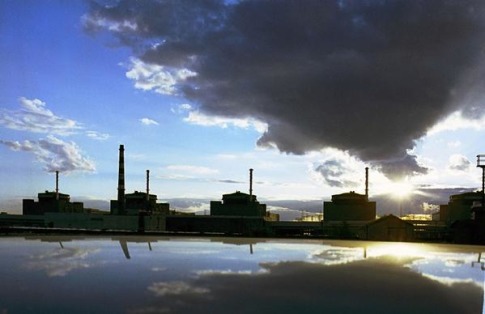 One of the reactors at the Zaporizhia Nuclear Power Plant has automatically shut down after a glitch. This is the second halt in operations in recent weeks at the plant in Ukraine’s southeast, which covers at least one fifth of the country’s power needs. 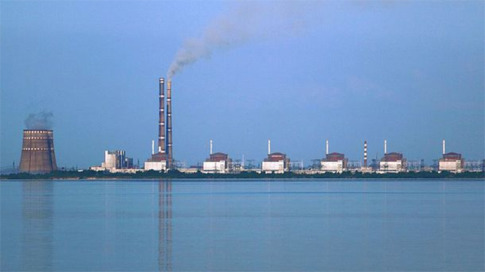 “Unit 6 at Zaporizhzhya NPP was disconnected from the network by the automatic system that prevents damage to the generator. The reactor is running at 40 percent of nominal power,” the plant’s official website says stressing that radiation at the facility is equal to the natural background, which is 8-12 microroentgen/hour.

This accident took place on Sunday morning at 05:59 am local time (03:59 GMT). Causes are still being investigated, while the Energy Ministry hopes to restart the unit in the coming days. The remaining five reactors continue to generate an estimated 4,530 MW.

The previous incident at Zaporizhia NPP happened on November 28, but the fact went public five days later, when Ukraine’s Prime Minister Arseny Yatsenyuk revealed it during the first session of his new cabinet.

Of course, there is no way to actually know what is happening on the ground as the NPP is located close enough to the “fog of war”, that its status, and updates thereof, could merely be part of the fog of war. That said, if there is an unspoken message here by Ukraine, which recently handed over its gold to unknown “Western” interests, and suddenly feels neglected by its western allies (as its central bank head is about to find out personally), it is targeted directly at the IMF: “hand over more loans, or the nuclear power plant gets it.”

Which raises the following question…

#Zaporizhia IS it logical to have Nuclear Power Plants in an UNSTABLE, financially BROKE Country? @DrHCaldicott pic.twitter.com/OzJuDLqpth